Solar chargers are a great, low-cost and energy-efficient way to charge your electronics. Add portability, and you’ve got yourself a prime tool for a survival situation. Here’s a comparison of the top chargers on the market:

This charger has been the front-runner in recent years. According to Amazon reviews, it “took a beating, worked flawlessly, and simply never disappointed” on a camping trip. It’s been called an “incredibly well-constructed piece of technology.” However, it’s important to note that the Goal Zero is just a panel- it doesn’t hold any charge on its own. So charging electronics without sunlight is not an option. Plus, at $79.99, it’s the cheapest on our list.

The craftsmanship on the SunJack is very similar to that of the Goal Zero. They are both compatible with all USB powered devices. However, the SunJack CAN store charge (so you can leave it in the sun during the day and charge your electronics at night,) which the Goal Zero cannot do. The SunJack has a super convenient cable organizer, so your cords don’t get tangled. Amazon reviews called it “great for when you go off the grid!” However, the SunJack is $100.00, a bit pricier than the others on our list.

This charger is also lightweight, compact and near indestructible, but it doesn’t have the convenient cable storage the SunJack has. Amazon reviews says “the power that these panels generate to charge my iPhone and iPad while spending days in the wilderness is incredible.” It’s called a “must-have for outdoor adventure junkies.” At $89.99, it’s a bit pricier than the Goal Zero, but a good amount cheaper than the SunJack.

What do you think? Leave reviews in the comments below! 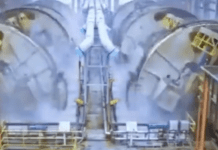 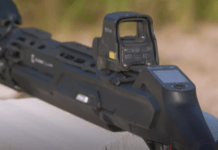 What Ever Happened to Smart Guns? 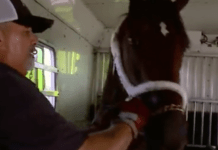 An Airline For Horses – How Do They Do It?

Military to SEALS: Decline and we’ll come after you for...