A deer in the headlights can be a deadly sight for a driver. The Insurance Institute for Highway Safety and the Highway Loss Data Institute report that during the most recent year for which statistics are available, 175 people were killed on U.S. roads in collisions with animals, most often deer.

The risk of those collisions is growing. An annual analysis by State Farm estimates that 1 out of every 169 U.S. motorists will hit a deer over the course of the next year; the auto insurance giant says the odds are up nearly 3 percent from a year ago. The crashes also have become more expensive, averaging nearly $3,900 per claim, up 13.9 percent from 2013, State Farm says.

Deer crashes are especially dangerous for motorcyclists — a group which accounted for 16 of the 19 vehicle-deer related deaths over the last three years. An important safety tip for drivers is to never veer for deer— swerving can take a motorist into oncoming traffic or off the road. Be aware, and know what to do if you drive in suburban and rural areas where deer are likely to live.

Here are some useful tips to avoid deer crashes:

Drive at safe speeds and always be buckled up.

Be especially cautious from 6 to 9 p.m., when deer are most active.

Use high beams as much as possible at night, especially in deer-active areas.

Don’t swerve to avoid a deer. Swerving can cause drivers to lose control and travel off the road or into oncoming traffic.

Motorcyclists: Avoid night and low-light riding periods. A rider’s best response when encountering a deer is to use both brakes for maximum braking and to keep your eyes and head up to improve your chances of keeping the bike up. If a crash is imminent, and there is enough space to swerve around the deer without leaving the roadway, use maximum braking and just before impact, attempt a swerve in the opposite direction the deer is traveling. You’re wearing full face helmets and full protective gear, right? High visibility gear can assist other driver’s in seeing you better; whether it’s while making an evasive maneuver to avoid a deer or laying on the roadway after impacting a deer.

Watch for the reflection of deer eyes and for deer silhouettes on the shoulder of the road. If anything looks slightly suspicious, slow down.

Slow down in areas known to have a large deer population — such as areas where roads divide agricultural fields from forest land; and whenever in forested areas between dusk and dawn.

Deer do unpredictable things — they stop in the middle of the road when crossing; cross and quickly re-cross back; and move toward an approaching vehicle. Blow horn to urge deer to leave the road. Stop if the deer stays on the road, don’t try to go around it. If you see one, expect more.

How to Hit A Deer

If you are going to hit a deer, what can you do? If the deer goes through the windshield, it can kill you with its dangerous hooves. Is there a proper way to hit a deer? Some people will tell you to speed up into the deer in order to point the hood upwards. You should not do this. Here is what to do:

Although deer-vehicle collisions can cause extensive vehicle damage, most serious injuries and fatalities are caused by drivers taking evasive actions,” said a spokeswoman for the Department of Public Safety, Minnesota. “Drivers need to avoid swerving into oncoming traffic or leaving the road which can cause them to hit a tree or other object. It’s safer to hit a deer than to risk hitting another vehicle or a fixed object such as a tree,” she said. “Apply your brakes firmly, hold onto the steering wheel and bring your vehicle to a controlled stop.

What to Do About That Deer in The Road

If you are positively sure that the deer is dead, you can remove it from the roadway. I would advise against touching it. The deer may be alive, and it can strike you with its powerful legs. Then you’ll be lying in the road with the deer. The best thing to do is dial 9-1-1. If the deer is moving, pull your car, if mobile, in front of oncoming traffic and turn on your hazards. This will stop others from hitting the deer. When the police arrive, fill out an accident report for insurance purposes. The police will be able to call the proper local authorities about the deer.

In some mainly rural states (like Minnesota) residents may claim road-killed animals by contacting a law enforcement officer. An authorization permit will be issued allowing the individual to lawfully possess the deer.

If a deer is struck but not killed by a vehicle, keep a distance as deer may recover and move on. If a deer does not move on, or poses a public safety risk, report the incident to a conservation officer or other local law enforcement agency. 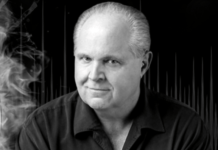 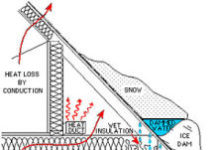 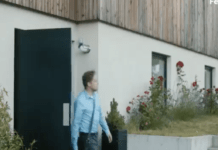 LOL! When the machines fail us