The Justice Department’s inspector general, Michael Horowitz, has released a second report (below) on Operation Fast and Furious that questions whether other law enforcement agencies within the Justice Department have implemented the inspector general’s recommendations that were intended to ensure they don’t make the same mistakes the Bureau of Alcohol, Tobacco, Firearms and Explosives made.

This follows up on the very critical 471-page September 2012 report the inspector general issued on the misbehavior of the ATF and the Department of Justice in Operation Fast and Furious.

Operation Fast and Furious was a seriously flawed operation organized by ATF agents in Phoenix and the former U.S. attorney in Arizona in which they allowed drug cartel straw purchasers to smuggle more than 2,000 weapons across the southern border into Mexico. As the inspector general summarizes in his latest report, the ATF and Department of Justice “failed to take enforcement action when they had both the opportunity and legal authority to seize firearms.”

The result was that “many of these firearms were later recovered by law enforcement officials at crime scenes in Mexico and the United States, including at the murder scene of [Border Patrol] Agent [Brian] Terry” near Rio Rico, Arizona, on Dec. 14, 2010. Two of the firearms “recovered at the scene of the shooting had been purchased 11 months earlier” through Operation Fast and Furious. And just recently, one of these weapons was found in the hideout of Joaquín “El Chapo” Guzmán, the notorious head of the Sinaloa cartel.

Among the findings of the inspector general in the earlier report was that this operation was “irresponsibly supervised” by both the ATF and Justice Department and that they failed to recognize “the risks the operation posed to public safety and on our country’s relationship with Mexico.” It is not just that the operation should never have been started, but that “as the firearms straw purchasing activity continued at an alarming pace” with the agencies “failing to take adequate enforcement action,” they “should have promptly concluded the case.”

In the second report, the inspector general concludes that while the ATF and Justice Department have implemented most of the recommendations the Inspector General made in 2012 to correct the “serious management flaws” he found at the ATF, the same cannot be said for the other law enforcement agencies within the Justice Department: the FBI, the U.S. Marshalls Service (USMS), and the Drug Enforcement Administration (DEA). The inspector general made clear that his prior recommendations were intended not just to “strengthen oversight of ATF,” but to “ensure that the mistakes that were made” by ATF and the Department of Justice “were not repeated” at the other law enforcement divisions of DOJ.

The inspector general says that the ATF has “made significant progress to implement” the inspector general’s recommendation. However, “we found that the [Justice] Department law enforcement components other than ATF had not taken sufficient steps to institute policies to avoid repetition of the errors we identified in our report.” It has been more than three years since the first inspector general report, and yet the FBI, USMS, and DEA are promising to implement a policy on firearms transfers similar to Operation Fast & Furious only “in the near future.”

The inspector general is referring to a recommendation he made to strictly regulate any operation that involves an “uncontrolled firearms transfer,” as occurred multiple times in Operation Fast and Furious. As a result, ATF implemented a policy that when there is an “uncontrolled firearms purchase,” which is an illegal purchase such as by a straw buyer, the agent “must” take all steps necessary to 1) intervene to stop the transfer (if it hasn’t yet occurred), 2) arrest the suspect, 3) seize the firearm, or 4) conduct “continuous on-site physical surveillance to identify additional suspects or locations before taking enforcement action.” In all of these cases, the ATF cannot lose track of the weapon, as it routinely did in Operation Fast and Furious.

Yet the inspector general found that neither the FBI, the U.S. Marshalls Service, nor the Drug Enforcement Agency had implemented a similar policy. Apparently, staff from all three agencies argued they didn’t need to because their “agents did not engage in the troubling practices described” in the inspector general’s report on the ATF, and the “risks related to firearms transfers were sufficiently managed through other policies, such as ones concerning undercover operations.”

However, the inspector general found those arguments “unpersuasive,” saying that because those agencies “routinely deal with violent criminals with access to trafficked firearms,” it was “readily foreseeable that agents from these components could learn of uncontrolled firearms transfers, such as from an informant or wiretap, in circumstances where probable cause exists to seize the firearms or arrest the perpetrators.” An “important lesson” from the ATF fiasco is that agents should have “clear policies that specify” what to do when they learn about these types of “uncontrolled firearms transfers,” i.e., they had better not let criminals get away with such weapons as the ATF allowed Mexican drug cartel members.

The inspector general also found that the DEA “failed to address our concerns” over informants engaging in “otherwise illegal activity” or the use of informants “who also are regulated by DEA, such as physicians and pharmacists.” This latter issue is particularly important because in Operation Fast and Furious, the ATF coerced firearms dealers—who are regulated by the ATF—into participating in the illegal sale of weapons to straw purchasers.

The inspector general concluded that the “ATF’s use of regulated Federal Firearms Licensees” in Operation Fast and Furious “raised significant concerns over conflicts of interest between ATF’s regulatory and criminal enforcement functions, and whether ATF agents created at least the appearance that they encourage unlawful acts.” In response, the ATF banned the use of informants “from industries that ATF regulates, except in extraordinary circumstances.” However, the Drug Enforcement Agency has no such policy.

The current inspector general report says that the Justice Department “agreed” with its latest recommendation and “has instituted procedures to implement it.” Will that happen? Perhaps—but the Obama administration’s Justice Department has already had three years to do so and had to be reminded to do it again in this new report. Hans von Spakovsky is an authority on a wide range of issues—including civil rights, civil justice, the First Amendment, immigration, the rule of law and government reform—as a senior legal fellow in The Heritage Foundation’s Edwin Meese III Center for Legal and Judicial Studies and manager of the think tank’s Election Law Reform Initiative. Read his research. 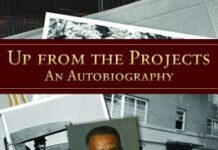