Proving whether #Zika is linked to birth defects could take years https://t.co/juBUkVp3zp pic.twitter.com/VY7XypjQug

There are doubts being cast on the link between birth defects and Zika. If these doubts prove true, we may still be affected by Zika, but not to the extent that in utero babies will be damaged outside of Brazil.

Is Zika or the water supply to blame for spike in microcephaly?

A new report from the Argentine group Physicians in the Crop-Sprayed Towns (PCST), suspects that pyriproxyfen—a larvicide added to drinking water to stop the development of mosquito larvae in drinking water tanks—has caused the birth defects.

While the Brazilian government has dismissed the claims, Rio Grande do Sul, Brazil’s southernmost state, has suspended the use of the pyriproxyfen in an effort to combat the spread of the Zika virus.

The Argentinian report claims past outbreaks of Zika virus have not been accompanied by spikes in birth defects. However,  it appears right now that the areas with the highest use of pyriproxyfen are the ones experiencing the greatest concentrations of microcephaly, which has been associated with Zika virus, although as yet no absolute scientific evidence has proven the link, and it would take a long time to prove. The larvicide manufacturer, Sumitomo Chemical, claims the substance poses minimal risk to mammals.

“Previous Zika epidemics did not cause birth defects in newborns, despite infecting 75 percent of the population in those countries,” the paper said. “Also, in other countries such as Colombia there are no records of microcephaly; however, there are plenty of Zika cases.” 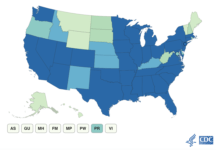