It’s always good to hear to when American citizens triumph over the nanny-staters in the federal government. This time the citizen is Andy Johnson, a welder living in Fort Bridger, Wyoming, and the nanny-staters are the Environmental Protection Agency, who believe that us little folk are completely incapable of managing our own land.

In 2012, Johnson constructed a 40-by-300 foot stock pond, which is fed by a natural stream, on his nine-acre farm to help water a small herd of livestock. He obtained a state permit before building the pond, but the EPA claimed he needed to ask them for permission. The agency threatened him with civil and criminal charges, including a whopping $37,500-a-day fine.

Thankfully, the EPA has agreed to settle, and Johnson won’t have to pay any fines:

Under the settlement, Johnson’s pond will remain and he won’t pay any fines or concede any federal jurisdiction to regulate the pond. And the government won’t pursue any further enforcement actions based on the pond’s construction.

The only conditions, according to Johnson’s lawyers, are that willow trees be planted around the pond and a partial fence installed to “control livestock.”

“This is a victory for common sense and the environment, and it brings an end to all the uncertainty and fear that the Johnson family faced,” said Jonathan Wood, a staff attorney with Pacific Legal Foundation who represented Andy Johnson in his court challenge to the EPA, and in negotiating the settlement.

“The EPA never identified any environmental problems with the pond,” Wood told FoxNews.com. “In fact, it’s been a boom for the environment.”

The government claimed that Johnson’s pond was in violation of the infamous Clean Water Act. However, Ray Kagel, a former federal regulator, stood up for Johnson and argued that the pond was a benefit to the environment because it created wetlands, habitat for fish and wildlife, and cleans the water that passes through it.

The Clean Water Act clearly exempts stock ponds from regulation. But Wood stated Tuesday that, “The irony of this case is the government has insisted all along this isn’t a stock pond.” Thankfully, personal liberty prevailed.

Johnson hopes his case will provide hope for others who find themselves in the crosshairs of the EPA. “If, like us, you stand up to the overreaching bureaucrats, they may very well back down,” he said. 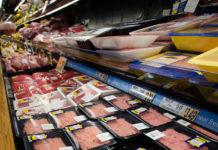