The U.S. military seems to be breaking. Senior military leaders have made dire statements before Congress, and story after story is revealing the potentially deadly challenges facing our men and women in uniform.

As Congress considers the annual defense authorization bill, here are six clear, real-world examples of why Congress needs to use the defense bill to start rebuilding the U.S. military.

1. The Marine Corps is pulling parts off of museum planes to keep their F-18s flying. Even with that drastic action, only about 30 percent of their F-18s are ready to fly. Not only that, but instead of getting 25 or 30 hours a month in the cockpit, Marine Corps pilots are getting as little as four hours per month of flying time.

2. Only one-third of Army brigades are ready for combat. The Army has now fallen to the smallest level since before World War II, while the top Army general says that the Army would face “high military risk” if it were to fight a serious war.

3. The Air Force is cannibalizing parts from some F-16’s to keep other F-16’s flying and is pulling parts off museum planes to keep their B-1 bombers flying. And half of Air Force squadrons are not prepared for serious combat.

4. The Navy keeps extending deployments of its ships, but still doesn’t have enough to meet demand. While the Navy needs about 350 ships, today it only has 273.

6. The Air Force’s B-52 bombers are an average of 53 years old. Most Americans would not want to drive across the country in a 53-year-old car (see example below), let alone go to combat in a 53-year-old airplane. These six facts show the consequences of cutting the national defense budget by 25 percent over the last five years.

At the same time, threats are growing. Russia has invaded Ukraine and threatens more. China is building illegal islands. Iran is pursuing a nuclear weapon and North Korea already has one. And we also face the real threat of terrorism and the growing threat of cyberattacks.

The bottom line is that Congress needs to start rebuilding the U.S. military. We can’t let this go much further. 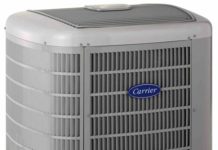 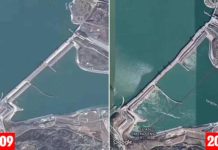 China says their massive dam is not about to burst. Brace yourselves. 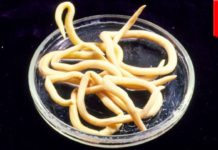