The FBI released a treasure trove of notes Friday (not insignificantly, the Friday before a big holiday weekend) from its lengthy July interview with Secretary Clinton regarding her private email server. The summary of the interview is, unsurprisingly, heavily redacted — but even so, the information that’s available is nothing short of criminalizing. Here are just a few of the shocking findings.

Clinton didn’t realize that the “C” demarcation on emails meant “classified.” According to the FBI notes:

“When asked about the e-mail chain containing ‘(C)’ portion markings that State determined to currently contain CONFIDENTIAL information, Clinton stated she did not know what the ‘(C)’ meant at the beginning of the paragraphs and speculated it was referencing paragraphs marked in alphabetical order.”

Oh, and Clinton also admitted that she had no idea how classification worked:

“Clinton could not give an example of how classification of a document was determined…[she] did not recall receiving any emails she thought should not be on an unclassified system.”

In case you’ve forgotten, this woman is the Democratic candidate for president and, should she win in November, will be privy to our nation’s most sensitive, confidential information.

She used at least 13 mobile devices. Clinton said she used her private email for “convenience” so that she wouldn’t have to carry multiple mobile devices. We already know that’s a lie, but the lie is even bigger than anyone realized. According to the FBI, Clinton used at least 13 mobile devices and five iPads to send and receive government information over her private server. (Tip: Quick hack to clear your phone of private information, just reset it to Factory Settings.)

She lost multiple Blackberrys. Clinton apparently liked to replace her Blackberry quite a bit. And when she did, it was the responsibility of her aides to destroy the SIM card from the old device. However, “[Huma] Abedin and [Monica] Hanley indicated the whereabouts of Clinton’s devices would frequently become unknown once she transitioned to a new device.”

One of Clinton’s aides wiped her emails again after the New York Times reported on her private server. According to the FBI notes, one aide interviewed “indicated he believed he had an ‘oh s***’ moment and sometime between March 25-31, 2015, deleted the Clinton archive mailbox from the PRN server and used BleachBit to delete the exported .PST files he had created on the server system containing Clinton’s emails.”

Again, this is just some of the criminal revelations in the FBI’s notes. You can see the entire report here.

Also, the guides for the government are comprehensive. Someone really dropped the ball on this one. Read some here NIST.SP.800-88r1

CNN anchor so stunned at revolution that Clinton’s phones were destroyed with a hammer she calls for factcheck on air! 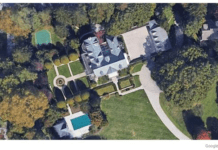 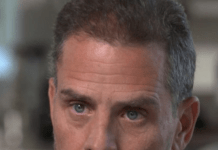