In today’s world, anytime Americans gather they would do well to be wary of terrorist activity (especially since the TSA has NOT been great at security!) If there is any one thing that you can do to thwart terrorists and protect yourself, it’s to be more aware. If a situation seems strange or something doesn’t look right, then it is prudent to beware. Trust your gut, look for suspicious behavior and don’t be afraid to report your impressions to the authorities.

Aside from being wary, the experts say there is little a civilian can do to prevent an attack.  The question is: be wary of what?  Bombs are a favored weapon of terrorists, but bombs can look like almost anything.  The best advice is to trust your intuition.  Use this series on recognizing bombs in public places to enhance your instincts.

In public places, bombs are most likely to be hand-carried in bags and disguised to fit in their surroundings.  This is a very real threat.  The terrorists responsible for the train bombings in Madrid last March used inconspicuous bags to plant bombs on the trains, and hundreds of people were murdered.  It could happen again.

Hand-carried bombs could be inside backpacks, boxes, shopping bags, suitcases, gym bags, briefcases or even garment bags.  Don’t expect them to be eye-catching or out of place.  Given the need for easy portability, hand-carried bombs are likely to be relatively small and are unlikely to weigh more than 55 lb.  Even an ordinary-sized briefcase can contain about 25 lb of explosives.  A suitcase-sized bomb could destroy a house or could demolish walls and collapse ceilings of larger buildings.  Even smaller bombs can kill or seriously injure anyone unfortunate enough to be in the vicinity.

So keep an eye out for unattended bags.  Be especially wary of people carefully placing bags as opposed to casually dropping them.  Also, watch for people setting bags in unusual, hard to access locations like the top of a shelf or the very back of a store.

Don’t be a hero or a Good Samaritan.  Do not touch or pick up an unattended bag.  Do not look inside for identification.  Stay far away, and encourage others to stay away as well by clearly stating your suspicions.  Rule number one when dealing with suspicious bags or packages is: Do not move them.

If you see someone leave a bag, catch his or her eye and say in a loud, clear voice, “Excuse me, you forgot your bag.”  If their reaction is unsatisfactory, get away from the area immediately and contact the authorities.  Well-trained security personnel should effect an evacuation.  For a bag or package smaller than a briefcase, an area of 300ft should be evacuated.  For a suspicious object larger than a briefcase, the entire building should be cleared.

Train yourself to look for unattended bags.  When you enter a public area, divide your surroundings into high, low and waist-level regions.  Then, quickly scan the area with your eyes using either a spiral pattern or a grid.  Make a habit of this and it will only take a second.  Multi-task and check for the best escape route in case of emergency as you look for suspicious bags.  Also, if you are in an area with electronic surveillance, check to see if the system is broken or sabotaged.  Disabled surveillance equipment is a strong sign of danger.

Besides public gathering areas, public transportation is a likely terrorist target.  If you see an unattended bag on your bus, train or ferry, alert the staff and get off of the vehicle as soon as possible.  It’s much better to be safe and arrive a few minutes late, rather than not arriving at all.

Use your nose as well as your eyes.  If you smell an unusual, chemical odor, find out where it’s coming from.  If it’s inexplicable, get away quickly.  Bombs that smell are likely to be homemade and very unstable.  They are extremely sensitive to shock, friction, impact and heat, and may detonate without warning. Even the smallest devices can cause serious injury or death.  Frequently, they are placed in a somewhat enclosed area like a ventilation shaft, doorway or alleyway, to convert this larger area into a “bomb” and increase the intensity of the explosion.

Remember, terrorists aren’t always wild-eyed foreign types.  Ordinary looking Americans may commit acts of terror for any number of religious, political or ecological “reasons.”  Or they might just be whackos out for the attention.  If someone leaves or places a bag, assume the worst, even if they look like a nice person.

Once again, an armed citizen saves the day 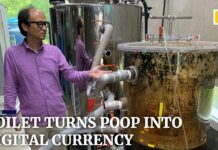 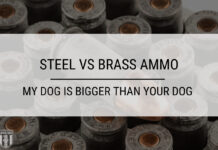 Steel vs Brass Ammo: My Dog Is Bigger Than Your Dog