PARIS (Reuters) – A severe strain of H5N8 bird flu that has hit several countries in Europe leading to the culling of thousands of poultry was detected in wild ducks in Northern France, the farm ministry said on Monday.

“A first case of highly pathogenic avian influenza H5N8 was confirmed on Nov. 26 in the commune of Marck (Pas-de-Calais), on 20 wild ducks used as callers for waterfowl hunting,” it said in a statement.

Local authorities increased surveillance in the area, the ministry said.

It said that the latest outbreak did not affect domestic farms and that provided no new case was found it should regain its international status of free of highly pathogenic avian flu on Dec. 3.

France, which has the largest poultry flock in the EU, is still recovering from a severe bird flu epidemic in southwestern France earlier this year which lead to a total halting of duck and geese output in the region and import restrictions from trading partners.

Outbreaks in neighboring countries including the Netherlands, Switzerland and Germany had prompted the ministry to impose additional precautions at farms and restricted hunting and bird gathering earlier this month.

It requested that poultry farmers located in humid regions, where the risk of transmission is higher, keep poultry flocks indoors or apply safety nets preventing contact with wild birds.

Wild birds can carry the virus without showing symptoms of it and transmit it to poultry through their feathers or faeces.

Foie gras producers, already reeling from lost sales, expressed concern this month about the European outbreaks which come just before the year-end peak demand for the delicacy.

The H5N8 virus has never been detected in humans but it led to the culling of millions of farm birds in Asia, mainly South Korea, in 2014 before spreading to Europe.

The World Organisation for Animal Health had warned in an interview with Reuters mid-November that more outbreaks of H5N8 were likely in Europe as wild birds believed to transmit the virus migrate southward.

Note from the Centers for Disease Control: To date, there have not been any reports of HPAI Asian H5N1 virus infections in people in the United States and Asian H5N1 has never been detected in U.S. birds or poultry. (The H5N1 virus recently detected in U.S. wild birds is a new mixed virus (a reassortant) that is genetically different from the Asian avian H5N1 viruses). The World Health Organization said that while human risk of contracting H5N8 avian flu cannot be excluded, there is so far little evidence that the current H5N8 strain will mutate and infect humans. 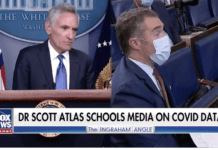 Who are the real racists?

LOOK! Trump did not refuse to denounce white supremacist groups!

Hang on! I’m just playing golf with my cat!

Johhny Cash’s “Ragged Old Flag” got the most amazing redo by...