(BPT) – With the tax season approaching, now is the time to start thinking about creating a strategy to help maximize tax refunds in the year ahead. From the passage of the Protecting Americans from Tax Hikes (PATH) Act to the increase in health insurance penalties, here are a few items to keep in mind before the IRS begins accepting tax returns.

1. Donating to charity, making an extra student loan payment or contributing to an IRA can lower your adjusted gross and taxable income.

If you are a taxpayer that itemizes your deductions, donating to a qualified charity by Dec. 31 and saving the necessary documentation can lower your taxable income. Taxpayers can also deduct up to $2,500 of interest paid on their student loans each year, even if the payment is voluntary. For those contributing to their IRA, taxpayers can deduct up to $5,000, and have until April 16, 2016 to make contributions.

2. Your health insurance penalty will increase if you are uninsured and do not sign up by Jan. 31.

The per-person flat fee penalty for not having health insurance has increased more than 630 percent since it was first implemented in 2014.

According to H&R Block’s estimates, taxpayers without insurance in 2015 paid an average penalty of $401. This was a 125 percent increase from 2014, when the average penalty was $178.

There are some cases where an uninsured taxpayer may qualify for an exemption from the penalty, but the only way to completely avoid it in 2017 is to enroll and stay covered under a qualified insurance plan.

3. If you claim the earned income tax credit (EITC) or additional child tax credit (ACTC), your refund will be delayed until at least Feb. 15.

The passage of the PATH Act now requires the Internal Revenue Service (IRS) to hold the entire refund for returns claiming the EITC and ACTC until at least Feb. 15, depending on when the return is filed.

The IRS estimates approximately one in five EITC payments are made through fraudulent filings or confusion due to the complexity in claiming the benefit. Employers are now required to send employee W-2s to the IRS by Jan. 31 to allow the IRS additional time to help prevent identity theft and fraud.

The IRS will begin releasing funds on Feb. 15, but taxpayers may not see the funds deposited into their banking accounts immediately. This law could affect approximately up to 30 million taxpayers who claim these tax credits.

If you are one of the 30 million taxpayers who claim these credits and are worried about a delayed refund, visit a local H&R Block professional to see how they might be able to help. For more information, visit hrblock.com/PATH. 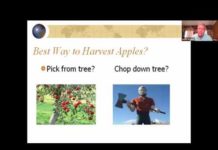 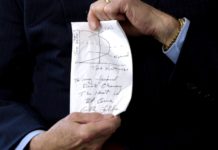