March 23, 2010, will go down in U.S. history as a day of infamy. It was the day Barack Obama signed into law the so-called Affordable Care Act, an unconstitutional piece of legislation that a majority of Americans clearly did not want.

Now, with Obamacare in its final death throes, it appears to be headed for the Trumpster. Of course, no one knows exactly what DT will put in its place, but we should have a pretty good idea very soon. Let’s hope for the best and not expect the worst.

The most important thing is to act fast and get rid of Obamacare immediately, before the Radical Left has an opportunity to put out more fake news in an attempt to obfuscate the truth about this hideous piece of legislation. And the truth is that it’s nothing more than a complex scam sold to the public on a foundation of lies.

The lies were essential, because without over-the-top, outright lying, the American public would have revolted against this arrogant government overreach early on. And what’s especially offensive about it is that Obama and his surrogates, both in and out of Congress, fully realized it would fail from the outset, which they hoped would lead to single-payer, government-controlled healthcare.

If there was any doubt about it, the scam was inadvertently exposed in 2013 when John Gruber, one of the architects of Obamacare, was caught on video laughing and bragging to a panel how he and his cohorts had gotten the legislation passed.

Said Gruber, in part, “Lack of transparency is a huge political advantage. And, basically — call it the stupidity of the American voter or whatever — but basically that was really critical to get for the thing to pass. Look, I wish Mark was right that we could make it all transparent, but I’d rather have this law than not.”

It goes without saying that Obama has never once apologized or even acknowledged that he made these and similar statements dozens of times. When you sincerely believe that the people you’re hurting are beneath you, you don’t feel the need to apologize.

Even the official name for Obamacare, “The Affordable Care Act,” is a lie. If Obamacare is anything, it is most decidedly not unaffordable. Despite promises of lower insurance premiums for everyone, premiums have spiraled out of control — in some cases, up as much as 100 percent.

None of this should come as a surprise, given that Obamacare was never intended to help anyone. It’s real purpose from the outset was to (1) redistribute wealth and (2) increase government’s stranglehold over people’s lives. After all, 85 percent of Americans already owned health insurance, and polls showed that most of them were quite happy with their policies.

The Dirty Dems used their age-old strategy of pushing through unpopular laws by whatever means necessary, then, when people start realizing that the new law is bad for most Americans, they yell and scream that you can’t repeal it because too many folks now depend on its benefits. Let’s face it, it’s a cute little trick, and one that is used over and over again by the Dirty Dems. And with good reason: It works!

So it’s not surprising that the Radical Left is now yelling and screaming that 30 million people will lose their healthcare if Obamacare is repealed. It’s like a movie you’ve seen over and over again, but, as is usually the case, it’s a complete a ruse.

Why? Because, first of all, most of those 30 million people didn’t have medical insurance to begin with. The only reason most of them have healthcare today is because others — those who did have health insurance and whose premiums have gone up since the implementation of Obamacare — are paying for them. Again, Obamacare was never about creating a better healthcare system. It has always been about redistribution of wealth and people control!

If Obama and the Dirty Dems had really been interested in doing what was best for all Americans at the lowest possible cost, all they needed to do was target the 30 million or so citizens who were uninsured and pay for their health costs directly as a separate budgetary item.

No draconian law required, no new giant bureaucracy created. Just keep it simple by paying for the uninsured. I’m not saying that I necessarily would have supported the idea, but it certainly would have been simpler and far less expensive.

America already had the best healthcare system in the world, but the goal of the angry young community organizer in the White House was to destroy it. And, give him credit, he did what he set out to do, though it was (hopefully) only a temporary destruction.

Of course, many folks want to know why Obamacare has to be replaced with anything if we already had a healthcare system that was the envy of the world. In theory, I’m sympathetic to that question, but through the years I’ve become more of a pragmatist than a libertarian ideologue.

Let me make it clear that I eschew ridiculous statements like “healthcare is right, not a privilege,” because it most certainly is not a right. But the pragmatic (or humane) side of me doesn’t like the idea of people suffering from a lack of good healthcare.

So, one way or another, I’d like to see everyone have access to good healthcare, including those at the bottom end of the income spectrum. My only caveat is that the United States cannot afford to pay for medical care for everyone in the world, so anyone who violates our immigration laws and is here illegally should not have access to free healthcare — or any other government benefits.

That said, how Donald Trump addresses this biggest of all issues confronting him will tell us a lot about how serious he is about following through on his promises. Figuring out how to make 2 + 2 = 5 is not an easy task, but the fact is that he will have to figure out how to implement his agenda without bankrupting the country — i.e., bankrupting it more than it already is. 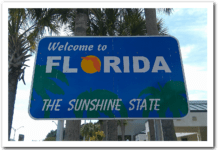 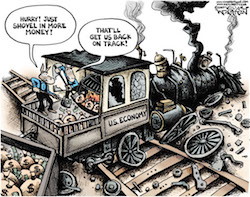 The national debt skyrocketed $4.96 trillion since Jan. 2020, so why are interest rates still relatively low?