The FBI arrested Robert Lorenzo Hester on Feb. 17 and charged him with planning bombings in Kansas City, Missouri. The FBI said Hester, of Columbia, Missouri, plotted with undercover agents to use pipe bombs, some fitted with nails for maximum damage, to attack a train station and nearby buses.

This was the 94th confirmed Islamist-inspired terror plot or attack within the U.S. since Sept. 11, 2011.

The FBI said it became aware of Hester, 25, when he showed an affinity for the Islamic State, or ISIS, on social media.

Hester made contact with an undercover FBI employee one day before being arrested in relation to an unrelated incident. He had thrown a folded pocket knife through a grocery store window during an argument with his wife, the FBI said, and was confronted by store employees.

Twelve days later, after being released on bond, the undercover FBI employee contacted Hester via private online message. In their communications, Hester came to be considered a security threat by making numerous statements in support of ISIS and by stating his desire for a “global jihad.”

The undercover agent gave Hester a shopping list of things to purchase to make explosives, which he retrieved by the next day.

Hester told the agent he could arrange to supply ammunition for three rifles and two handguns. He said he couldn’t make the purchases himself because of the current charges, but knew a friend who could supply him.

The FBI arrested Hester after he continued to express intent to execute an attack in Missouri.

Born in America and the father of two, Hester served in the Army for less than a year before reportedly receiving a general discharge in 2013.

This case becomes the 83rd terror plot or attack to have some homegrown element. It also is the first confirmed plot of 2017.

Twelve plots or attacks occurred in 2016, and 17 in 2015. The increase over the past couple of years can be correlated with the rise of ISIS.

The U.S. must remain vigilant in the face of extremists and terrorists who seek to undermine free, prosperous societies such as ours.

Originally posted by Riley Walters at The Daily Signal 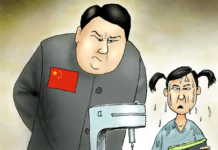 Why are American pensions and mutual funds investing $251 billion in Chinese equities and bonds built on child and slave labor? 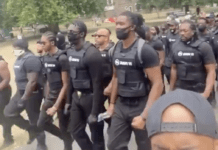 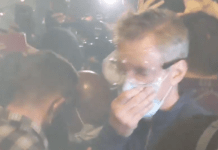