Home Government Budget Agency on Trump’s Chopping Block Under Investigation for Sketchy Solar Loans
Share on Facebook
Tweet on Twitter
Your tax dollars at work Ladies and Gentlemen. Maybe President Trump can stop the hemorrhaging of your money by shutting off its flow to crony capitalist hangovers from the last Administration.

A federal aid agency President Donald Trump proposed cutting is being investigated for giving out nearly $1 billion in loans to several nearly bankrupt solar companies, according to a Reuters report published Tuesday.

The Office of Inspector General for the U.S. Agency for International Development is auditing $890 million of loans approved by the Overseas Private Investment Corp., an agency that advances loans to overseas business ventures.

Critics say such business ventures should receive funding from private banks, not from federal agencies.

The USAID Office of Inspector General initially began its audit in 2016 but kept it under wraps. The probe is centered on the agency’s decision to fund five Chilean solar farms and a hydroelectric project in 2013 and 2014—many of the loans are unlikely to be repaid, according to the report.

Trump proposed cutting funding for new Overseas Private Investment Corp. projects in his 2018 budget outline released on May 23. Congress will not take up the president’s budget proposal until later this year.

The White House’s budget calls for a 31 percent cut to the Environmental Protection Agency’s 2018 budget, and slashes funding to the State Department by 29 percent, while the Department of Agriculture would see a 20 percent cut. In total, Trump’s budget proposes cutting federal spending by $3.6 trillion over the next decade, including $1.7 trillion in cuts to entitlement programs.

Three of the five solar projects are working to restructure their debt, sources familiar with the projects told reporters. They said the Overseas Private Investment Corp. would likely need to forgive 40 to 60 percent of the loans given to the solar projects. Losses on the solar deals could blow past $160 million.

Audits of the agency’s investments are rare and usually stem from considerations such as “the level of U.S. funding involved” and “reported concerns over the management or performance of a program.”

The Chile audit, the Office of Inspector General noted, will examine “the factors OPIC used to assess and approve its energy projects in Chile.” It is expected to conclude later this year.

“Development banks get the ball rolling in the industry,” Carlos St. James, an adviser for renewable energy group Wood Group, said of the investments. “Unfortunately, they bet on the wrong kind of projects.”

The Overseas Private Investment Corp. thrust through $449 million in loans to the projects despite its reliance on a makeshift financial structure that projects to inject at least half their power directly into the public grid at the going market rate, which is constantly fluctuating. Most solar providers provide power to independent agency at fixed prices.

Several commercial banks examined financing the beleaguered projects, sources told reporters, but they ultimately determined the unusual schemes are too risky. The Overseas Private Investment Corp. considered the market scheme a manageable risk, according to three internal reports from 2013 and 2014.

The solar companies, meanwhile, appeared optimistic about their ability to repay the agency’s loans.

Etrion Chief Executive Officer Marco Northland did not respond to questions from reporters about the audit, but suggested he expects the market to turnaround.

The other agency projects being audited in Chile are the Maria Elena solar park, constructed by now-bankrupt SunEdison, and the Amanecer solar park owned by TerraForm Power, neither of which replied to reporters’ request for comment. 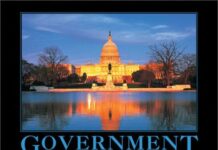 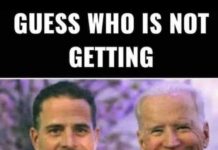