Forget about allegations of Russian interference in U.S. presidential elections for a moment, or even “collusion” between Russian officials and Trump campaign operatives.

The real action is in the European and U.S. energy markets, according to a letter from two Texas congressmen to Treasury Secretary Steven Mnuchin that details what they call “a covert anti-fracking campaign” with “little or no paper trail.”

The Daily Signal obtained a copy of the June 29 letter to Mnuchin from Reps. Lamar Smith and Randy Weber, both Republicans who chair energy-related House panels. (See the full letter below.)

The sources include a former secretary-general of NATO, who is quoted by the GOP congressmen as saying:

This anti-fracking campaign seizes upon environmental issues and health concerns that could be used to constrain U.S. drilling and fracking exercises, the letter explains.

It is easy to see the benefit to Russia and Gazprom that would result from a reduction in the U.S. level of drilling and fracking—a position advocated for by numerous environmental groups in the U.S.

Smith, chairman of the House Committee on Science, Space, and Technology, joined Weber, chairman of that panel’s energy subcommittee, in calling on the treasury secretary to investigate whether Russia works with American environmental activists to prevent the U.S. from developing its natural gas resources.

Top U.S. government officials who have acknowledged the connection between Russian and environmental groups include former Secretary of State Hillary Clinton, the Democratic nominee for president in 2016.

In 2014, Clinton delivered a “private speech” in which she discussed Russia’s financial support for environmental groups, the letter says. The speech was included in documents released by WikiLeaks, it says.

An Oct. 10, 2016, report in The Washington Times quoted Clinton as saying:

We [the State Department and the U.S. government] were up against Russia pushing oligarchs and others to buy media. We were even up against phony environmental groups, and I’m a big environmentalist, but these were funded by the Russians to stand up against any effort, ‘Oh that pipeline, that fracking, that whatever will be a problem for you,’ and a lot of that money supporting that effort was coming from Russia.

Contrary to what Russia’s propaganda machine and its environmental allies have told news consumers in Europe and America, fracking is safe, effective, and enormously beneficial, Nick Loris, an economist and energy policy analyst with The Heritage Foundation, said in an email to The Daily Signal.

“If successful, an anti-fracking campaign is depriving Americans of good-paying jobs and affordable, dependable energy,” Loris said. “Despite smears and outright lies from environmental activists, smart drilling and energy extraction technologies have been proven to be safe.”

“It feels like every week a new study is published, confirming what we already know,” he said. “Hydraulic fracturing does not contaminate drinking water. The facts and history of hydraulic fracturing, a history that dates back more than half a century and over 1 million fracked wells, indicate that many of the fears associated with the process are grossly exaggerated or flat-out unsubstantiated.”

The good news, however, is that the anti-fracking campaign really hasn’t been all that successful in ‘keeping it in the ground.’ The U.S. is the world’s largest petroleum and natural gas producer, and we can thank fracking and American energy companies for it.

The result is that money is going back into bank accounts of hardworking families through lower energy bills, and American businesses are more competitive because of lower input costs. And we’re in a position to supply our allies with power, significantly reducing the ability of any one nation’s ability to manipulate energy markets for political gain.

In their letter to the treasury secretary, Smith and Weber also say the Russians have been able to advance their strategy without “a paper trail.”

They pass along reports that Russia apparently funnels the money through a Bermuda-based “shell company” known as Klein Ltd.

Tens of millions of dollars are moved from Russia through Klein “in the form of anonymous donations” to a U.S.-based nonprofit called the Sea Change Foundation.

The money, the congressmen write, then is moved in the form of grants to U.S. environmental organizations.

Here is their complete letter to Mnuchin:

Smith, Weber Letter to Mnuchin re Russia and Green Groups by The Heritage Foundation on Scribd 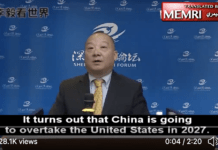