Home Food Red or green? Which tea is better for you?
Share on Facebook
Tweet on Twitter
Green tea is all the rage lately, with reports of multiple health benefits. But have you heard of its less famous cousin, red tea? Find out what these two brews really do, and what the difference between them is. Hint: there’s more to it than color!

It’s fashionable, alternative and supposed to be good for you. Is it really as good as they say?

Let’s start with a quick background of tea production:

Tea leaves lose nutrients as they oxidize, so green tea is the healthiest of the three Camellia sinensis options. It contains a number of different phytochemicals, or plant chemicals, including a polyphenol called epigallocatechin gallate (EGCG) which is reputed as a powerful antioxidant. Numerous studies have shown that EGCG reduces the risk of cancer, especially lung, prostate and breast cancer. In animal studies ECGC has been shown to scavenge free-radicals, reduce occurrences of tumors and slow the growth of cancer cells. It works by inhibiting a cancer cell receptor called 67 LR. Research shows that 67 LR also contributes to mad cow disease in humans. The bad news is that ECGC seems to work better against cancer in animal studies than it does in humans. Other factors, like environment, population and diet, may affect the reaction of cancer cells to ECGC.

Green tea has a dramatic effect on the risk of death from heart disease. A recent test conducted by the American Heart Association showed that people who drank two or more cups of green tea per day were 44% less likely to die after a heart attack. More moderate tea drinkers who consumed less than two cups per day still reduced heart attack fatality by 28%.

Green tea has also been linked with reduced weight gain. Recent research has shown that the ECGC in green tea can increase energy expenditure by as much as 4% without raising the heart rate like caffeine and caffeine-based diet pills do. And green tea has been shown to speed up the oxidation of fat, making it easier to burn. While the exact relationship between ECGC and weight loss is still being studied, green tea supplements are becoming popular with dieters.

Green tea can also help prevent cavities. It contains a small amount of fluoride, but most of the benefits come from polyphenols, which fight the bacterium that forms in the human mouth. Polyphenols also make it more difficult for plaque to stick to teeth. You can either drink tea with a meal or swish your mouth with it before brushing to gain the cavity fighting benefits of green tea.

There are eight distinctly different types of green tea in Japan. Other varieties and subcategories exist within these groups. They are ranked according to quality:

• Matcha, which means “rubbed tea,” is the top grade of green tea. It is not for every day consumption and is used primarily in the tea ceremony. The tea bushes are removed from sunlight for 3 weeks before tea leaves are harvested, producing amino acids that sweeten the taste of the tea. The leaves are then ground to a fine powder, which is blended in lukewarm water to make tea.

• Gyokuro, or “jewel dew,” is similar to matcha, but the leaves remain unground.

• Sencha, meaning “broiled tea,” is the most widely consumed type of green tea in Japan, accounting for 75% of production. Sencha is also the type of green tea usually served in sushi restaurants in America and other western countries. It is brewed from the young leaves of uncovered plants.

• Shincha, or “new tea,” is similar to sencha, but the leaves are lightly steamed after harvesting. Shincha smells nice, but it doesn’t keep and can be stored for only about 3 months.

• Bancha, “number tea,” is from the latest harvest of the growing season. Bancha is weaker and less expensive than higher grade teas, and it contains a low amount of caffeine.

• Kukicha, “stem tea,” is made from camellia sinensis twigs instead of leaves. It contains only a tenth of the caffeine of leaf tea and it tastes like oolong teas.

The big difference between red and green tea is that red tea has no caffeine. Red tea is not made from the Camellia sinensis plant, but from the Aspalathus linearis, also called rooibos, which is a vivid, fragrant shrub that is native to the Cape Town region of South Africa. Rooibus is an Africa slang word of Dutch origin meaning, “red bush.” When it is fermented, the leaves of the Rooibos shrub turn a deep shade of red.

Historically, red tea has been used to treat disorders from headaches to indigestion. Today, it is touted as an antioxidant, a relief for skin disorders and circulatory problems and as an anti-allergen.

The body makes highly reactive O2 as a part of its normal functions, but when O2 production gets out of hand, or when excess O2 is introduced into the body through tobacco smoke, radiation or pollution, this free radical can become dangerous and even deadly. Uncontrolled, surplus free radicals have been linked to diseases including cancer, arthritis, Alzheimer’s, depression and a host of other illnesses, including the insidious ailment that causes more deaths in first world countries than any other– heart disease. Even the signs of ageing are thought to be related to destructive free radicals.

Like green tea, the antioxidant abilities of red tea come from its component phytochemcials. In the case of red tea, the helpful plant chemicals are quercetin, luteolin, and aspalathin. Aspalathin is a strong antioxidant, comparable to vitamin E, and it is only found in Rooibos. But because red tea is fermented, it does not contain the ECGC of green tea.

Like green tea, Rooibos contains polyphenols that fight bacteria and fungus. Instead of fighting cavities, red tea’s polyphenols make it an effective facial cleanser for reducing acne. Rooibos also contains an alpha-hydroxy acid, phenylpyruvic acid glycoside, which is a component of many expensive beauty creams and topical ointments.

In addition to lowering the risk of heart disease, quercetin can reduce inflammation in the airways and prevent congestion by hindering the release of histamine. So, if you have asthma of allergies, try drinking red tea! Tests have also indicated that it may be able to calm allergic reactions to pollen.

As a strong natural anti-inflammatory, tests have also shown a connection between quercetin ingestion and a reduced occurrence of prostate ailments. So when you’re done with the teapot, pass it to the hubby.

Where to Buy Red Tea

Red tea is available at whole Foods, some Safeway’s, and Trader Joe’s (in a Chai blend). Look for it too in your local healthful store.

• Hot red tea can be prepared like other hot teas.

• For iced red tea, boil 2 cups of water and add 3 tea bags. Then, add 2 cups of cold water and refrigerate. Try adding slices of oranges or limes, or 1 cup of cranberry juice to iced red tea.

• Add milk and sugar to hot tea for a red chai drink.

• Try iced red tea instead of water in orange gelatin.

• Use it as a face wash to kill blemish-causing bacteria and fungus. ( In Souther Africa it was traditionally used to wash babies’ bottoms because of its many protective qualities.) 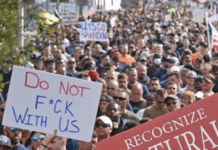 Vaxx Mandates: We are Winning! 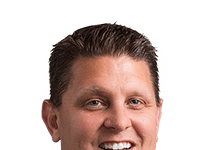 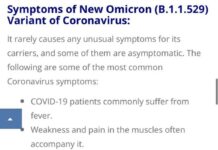 New Strain: They Think We Don’t Notice What They’re Up To!