North Korea has fired two Hwasong-12 Inter-Continental Ballistic Missiles (ICBM’s) over Japan in the last month. One on August 29th and the other on September 15th.

The Hwasong-12 has an effective strike range of approximately 2,796 miles (4,500km). This particular missile range isn’t enough to strike the continental United States, but it opens the possibility of North Korea targeting important U.S. military bases, allies and naval routes.

However, North Korea is in possession of missile systems capable of reaching the U.S mainland. The Taepodong-2, for example, has an effective range of 4,163 miles (6,700km) and can carry a warhead payload up to 1,000kg.

This system has only ever been used for satellite launches, and the U.S Department of Defense insists this missile system was never intended to be used for a nuclear payload, but the technology is still there for them to hit the western coast of the United States.

North Korea’s multiple launch attempts, China’s reluctance to step in, and reports of Russia undermining sanctions by shipping fuel to the DPRK is adding heat to the already “Lukewarm” War between the ‘Nuclear Nations.’

This brings us to the ultimate question: Should North Korea fire an ICBM capable of hitting the western coast of the United States, could we shoot it down?

The Ground-Based Midcourse Defense system (GMD) is the United States’ anti-ballistic missile system for intercepting warheads in space. In 2017, the Missile Defense Agency scheduled its first intercept test for the system in three years, all in preparation for North Korea’s pull of the trigger.

With a budget of $40 billion over a five-year period, 10 of the 18 tests have succeeded. That’s a 55% success ratio. The most recent 2017 test was a success, but a rocket test in 2016 missed its target by 20x its intended intercept radius.

The probability of this system failing is something to be seriously concerned about. Shooting a missile out of the sky is no easy task, and recent tests have shown the GMD system still has issues with launching a missile, let alone hitting another one mid-air at 6-7 km/s.

The chances of North Korea launching a deadly payload towards our borders are increasing every day, let’s hope that day never comes, but if it does, you can’t depend on our intercept system to be ready, so start preparing now.

FREE RESOURCE FROM SELF-RELIANCE CENTRAL: Hurry and get your guide on how to survive a Chemical or Gas Attack before it’s taken down. 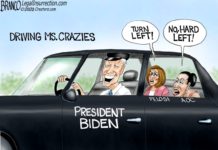 75 years later – Was this as powerful as Hiroshima and Nagasaki?