If you’re off the grid and getting your power from solar, this international lawsuit could be bad news for you – SRC

It’s not every day when two bankrupt, foreign-owned solar companies apply for trade relief from the U.S. International Trade Commission in order to avoid “serious injury” from their competitors.

The insolvent plaintiffs, Suniva and SolarWorld, argue that they should enjoy the shielding powers offered under Section 201 of the Trade Act of 1974.

But by attempting to impose stiff tariffs on foreign manufacturers and use U.S. law to protect a domestic American market share, the two solar giants risk endangering the entire U.S. solar industry.

Likely banking on protectionist sentiments from the current administration, the two companies are seeking to erect barriers to low-cost non-U.S. competitors in order to prop up their own questionable business models, at the expense of a U.S. solar market that has grown exponentially in recent years.

The International Trade Commission will announce its recommended policy on Friday. If it decides in favor of the two companies, the Trump administration would then decide an appropriate “remedy” for them.

The stakes in this case are high. Any decision short of rejecting the anti-free trade appeal from Suniva and SolarWorld—such as deciding to erect import tariffs or other restrictions—could be ominous for more than just the domestic solar market.

Much as steel tariffs erected in 2002 have a negative impact on jobs and the economy far beyond the steel producers it was designed to bail out, a poor decision from the commission on Friday could send negative ripple effects throughout the economy.

So why exactly are Suniva and SolarWorld looking for special treatment?

Back in 2015, Hong Kong-based Shunfeng International Clean Energy Limited acquired a 63 percent stake in Suniva and expanded a facility in Georgia. But by April 2017, Suniva had filed for bankruptcy protection, closing its other U.S. factory in Michigan.

Suniva’s quick fall from grace stemmed from questionable business practices both in the U.S. and abroad.

Suniva is said to have exported underpowered panels made in the United States and rejected by U.S. consumers to India, allegedly to avoid financial losses. Evidence also points to Suniva-made modules manufactured outside the U.S. being imported into the U.S. market under the guise of being domestically produced.

Hypocritically, Suniva accuses other foreign manufacturers of dumping solar panels at low cost on the U.S. solar market, and wants to reward its foreign debtors by stiffing American solar consumers with tariffs.

More troubling than Suniva’s bankruptcy or mismanagement, the company’s former CFO, Jim Modak, secured a multimillion-dollar financing scheme with SQN Capital Management, based in the United Kingdom. Modak appeared to structure the deal as he was headed out of Suniva and subsequently landed at SQN as its new CFO.

With SQN as its creditor, it is clear that Suniva’s petition to the International Trade Commission is being driven by a foreign actor. Not even the new owner, Shunfeng International Clean Energy, is on board—it rejected the petition of its U.S. subsidiary on the “fundamental principles” of a “free market economy.”

Let’s turn to the case of SolarWorld.

SolarWorld USA was a subsidiary of the global SolarWorld holding company, a business owned by Germany’s “Sun King” Frank Asbeck and Qatari-based QSTec.

Like Suniva, SolarWorld filed for bankruptcy this spring in May 2017. Poor business decision-making threatened the company’s bottom line, as it acquired raw materials for its panel manufacturing at the top of the market to the tune of nearly $750 million.

For both Suniva and SolarWorld, a favorable decision from the International Trade Commission would only protect bad business behavior and uncompetitive companies while lining the pockets of foreign owners and debtors.

It would not help shield, as these companies argue, a domestic solar market from supposedly predatory Chinese solar manufacturers. It would likely just transfer the cost to U.S. consumers, doubling the price of solar panels and throwing tens of thousands of Americans out of their jobs, just as steel-related worker redundancies soared in 2002.

They say sunlight is the best disinfectant. In the case of Suniva and SolarWorld, it is critical that we shed light on their cynical effort to exploit U.S. trade policy to the detriment of American consumers.

Commentary by Michael Sandoval. Originally published at The Daily Signal. 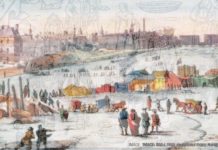 Explaining the “Grand Solar Minimum” and what that might mean 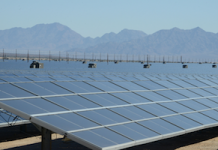 They thought solar panels would protect them in blackouts. They were wrong.