Last year I reported here that the FBI had broken their previous record for Black Friday gun checks. According to the USA Today report, Black Friday 2017, 203,086 requests came down the wires on Friday 24th, smashing the old record. In fact, Americans bought enough guns on Black Friday to arm the Marine Corps! (Checks don’t exactly match sales but a re a good indicator.)

No one is sure what caused the bump in requests as there is no “Hillary Factor” this year. The fear in 2015 was that Hillary Clinton would take away all our firearms when she became President in 2016. Then in 2016, the “Trump Slump” never materialized. Look at these figures from the FBI.

To me it suggests that Americans are waking up – not merely to the threat of having their firearms taken away by an over-zealous Congress, but to the fact they need to be more self-reliant. Crazies are shooting up people across the land.

To some extent America has always had mass-murderers. The gun death figures lump in suicides and accidental deaths with homicides as well as the single most likely cause of gunshot death — being in a gang — and are not representative of the true threat to Americans of being shot. (I read this stat: The odds of being murdered using a firearm in the US in a given year are about 30,000 to 1.  If you aren’t engaged in some sort of criminal enterprise, and don’t live in a violent domestic situation, your odds are much, much lower, around 150,000 to one.) Most murders occur between people who know each other. But despite the relatively small threat (blown up by the 24-hour news cycle) we all know there are crazy people who walk amongst us. The government has given up on institutions for the mentally ill, and soft judges go easy on white folk with “issues.” We are discouraged from calling in “weird behavior” to the local sheriff  because we’ll be accused of profiling or racism. So we all live with some risk. And mostly we have no idea where the threats lie. It makes sense to tool up.

Anecdotally, I now know of people conceal-carrying in their work places and even in their place of worship, who would not have done so before.

The Second Amendment protects this right for all of us. While there are constitutionally no reasons why anyone should be denied a firearm, the social contract suggests that the government is meant to ensure that We, The People, are safe from “bad guys with guns.” It’s our reluctant agreement to let them interfere in our lives on the understanding they protect us from enemies.

This should be achieved by keeping an absolutely correct record. The list should include mentally unstable people, people with a violent criminal record, and dishonorably discharged members of the military and law-enforcement agencies. Innocent people should never be included on these records and everyone should have the right to a speedy reassessment. Primarily, the function of this list is to be accurate and up-to-date. And yet. Time after time the system fails.

Sessions wants the agencies to fix problems with how the military and other federal entities report convictions that could keep someone from having a gun.

The database “is critically important to protecting the American public from firearms related violence,” Sessions wrote in his memo. “It is, however, only as reliable and robust as the information that federal, state, local and tribal government entities make available to it.”

And not a minute too late. Tell that the parishioners of Sutherland Springs, TX. They know the Air Force failed to enter a conviction for domestic violence into the Federal database.  This allowed Devin P. Kelley to acquire a weapon and mow down worshippers in the largest mass shooting in Texas history. 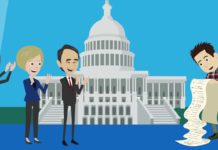