Two political powerhouses are getting ready to do battle. Texas and Louisiana are the hub of U.S. energy production, and Iowa and Nebraska are the hub of U.S. ethanol production. The two groups are battling over a law passed over a decade ago that made one region of the country the king of subsidies. Those subsidies are now putting pressure on large swaths of the economy and must be addressed.

First, a quick primer on the RFS. In 2005, the RFS was established under the guise of helping the environment with the passage of the Energy Independence and Security Act of 2007. The program requires fuel sold in the U.S. to contain a minimal amount of renewable fuels, the majority being corn ethanol. To track the renewable fuel, a Renewable Identification Number (RIN) is assigned to each batch of biofuel. The RINs count towards the Renewable Volume Obligation (RVO), an amount designated to each refinery by the EPA.

The rule forces exporters of ethanol and fuel blended with ethanol to lose the RIN credit. The refiner had to purchase the credit to make the fuel, now has to buy another credit to go towards the RVO. This is the point of Governor Abbott’s letter.

The RINs have now become Wall Street speculators’ weapon. Big banks are buying the credits from producers and hoarding them in dark markets, driving up the price. The increase in cost is being passed up the supply chain.

RINs are having a detrimental effect on refiners across the nation. Many are spending more on RINs than labor. The cost has already caused one refinery to close in Delaware and is threatening a closure in Pennsylvania. (And we can ill afford to lose refineries, we haven’t had a brand new one for decades~Kelly)

The cost is also being passed up the supply chain. Alex Holcomb, professor of finance at The University of Texas-El Paso, studied the impact of high RINs prices on employment nationwide, finding that: “The RIN mandate, as its currently structured, puts refiners at higher risk of bankruptcy, placing at risk a significant number of jobs that are tied to the refinery sector both directly and indirectly. As is usually the case in bankruptcy, workers end up suffering the most acute economic hardship, especially if they are unable to quickly find comparable re-employment. From steelworkers to truckers, to the men and women earning minimum wage at their local gas station, an estimated 75,000 to 150,000 American jobs are potentially at risk if U.S. independent refiners go out of business.”

However, there is a middle ground everyone can agree on. Allowing RINs attached to exported biofuels to be counted towards the RVO benefits almost everyone:

There is one group the compromise does not benefit, Wall Street speculators. Since they did such a bang-up job with the housing market, no one is worried about them not profiting from a compromise.

It would behoove King Corn to pay attention. Yes, they are a potent political force, but several influential groups are drifting together to oppose them. More and more studies being done show the RFS does more harm than good to the environment.

Environmentalists are starting to turn on the mandate. King Corn could soon be facing a united front of environmentalists (California, Oregon and Washington) and refiners (Texas, Pennsylvania and Louisiana), a lot more than the four Senators and seven House members in Iowa and Nebraska.

For over a decade the corn lobby has been getting billions in subsidies. It is time for them to allow the EPA to level the playing field for all in the fuel business. No one is trying to remove the mandate, yet. Iowa and Nebraska should get on board with reforming the RFS for the good of every American.

Printus LeBlanc is a contributing editor at Americas for Limited Government. Article reproduced with permission. View the original here.

Most engines get reduced mileage with the ethanol mix. Larger transportation vehicles cope with it better but ethanol attracts water and that can lead to rust in small cars.  More here.

Here’s a hypermiling video to help you get more from your engine. 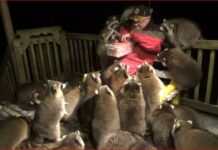 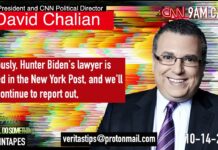