Federalism is the gold standard for reforming redistribution programs. This was the approach used in the very successful Clinton-era welfare reform, and it should be replicated for other means-tested programs.

The core argument is that the federal government does a very poor job of managing such programs, resulting in a maze of handouts that produce lots of fraud and dependency.

If states were in charge of such programs, by contrast, there would be lots of innovation and experimentation. This would help policy makers understand the best way of taking care of the truly destitute while helping others transition to productive and self-sufficient lives.

Today, let’s look specifically at food stamps. I’ve already explained why federalism is the right way of fixing the program.

And here are some additional reasons to support reform.

Writing for USA Today, Jim Bovard opined on the program’s glaring shortcomings – many of which were exacerbated by the Obama Administration’s efforts to expand dependency.

Why did the food stamp program spiral out of control? The Obama administration believed that maximizing handouts would maximize prosperity… So the feds bankrolled massive recruiting campaigns to sway people to abandon self-reliance.

A North Carolina social services agency won a USDA “Hunger Champions Award” for attacking “mountain pride” as a reason not to accept government handouts. In Alabama, people received fliers proclaiming: “Be a patriot. Bring your food stamp money home.” The state of Florida paid individual recruiters to sign up at least 150 new food stamp recipients per month. …enrollment also skyrocketed after Obama effectively suspended the three-month limit for able-bodied adults without dependents to collect food stamps. From 2008 to 2010, the number of able-bodied recipients doubled.

Jim points out several reasons why the program is bad for the economy and bad for poor people.

A 2012 Journal of Public Economics study concluded that receiving food stamps sharply reduces work hours by single mothers. …state governments have little or no incentive to police the program because losses from fraud or waste don’t come out of state budgets. …the program is a dietary disaster. Walter Willett, chair of Harvard University’s Department of Nutrition, observed in 2015, “We’ve analyzed what (food stamp) participants are eating and it’s horrible food. It’s a diet designed to produce obesity and diabetes.” A 2017 study published in BMC Public Health found that food stamp recipients were twice as likely to be obese as eligible non-recipients. …A 2016 USDA report revealed that soft drinks and other sweetened beverages are the most common purchase in food stamp households, accounting for almost 10% of monthly expenditures. “Desserts, salty snacks, candy and sugar” account for another 10% of food stamp expenditures.

And it’s definitely bad for taxpayers. In a column for the Wall Street Journal, Kristina Rasmussen explained how rich people are able to bilk the system.

Consider the food stamp program’s longstanding policy of “broad-based categorical eligibility.” You probably assume that food stamps go to poor people only. But this policy, which the U.S. Department of Agriculture instituted during the Clinton administration, allows state food-stamp programs to grant benefits to anyone who has moderately low wage income, regardless of net worth.

A family with a seven-figure bank account can be eligible for food stamps. That’s how lottery winners—including actual millionaires—wind up getting food stamps. In 2012 Amanda Clayton of Detroit was revealed to be receiving $200 in monthly food aid despite having won $1 million the year before. “I feel that it’s OK because I have no income,” she said, “and I have bills to pay. I have two houses.” In 2011 Leroy Fick of Bay County, Mich., was found to be receiving food assistance despite having taken home $850,000 in lottery winnings the previous year. …more than 30 states continue to have no asset limits. All you need to collect food aid is two things: an income below a multiple of the poverty line, ranging from 130% to 200%; and eligibility for some sort of benefit funded by Temporary Assistance for Needy Families (TANF), the main welfare program for single parents. And there’s the “one weird trick.” The state spends TANF dollars to print a welfare brochure. The brochure itself is defined as a “benefit,” which everybody is “eligible” to receive, thereby meeting the USDA requirement. Of the 47 million Americans who received food stamps in 2014, some four million got them under “broad-based categorical eligibility”—most because their wealth would have made them ineligible otherwise.

The good news is that the White House wants to reform the scandal-plagued program.

The bad news is that Trump and his people have chosen paternalism rather than federalism.

Here’s what is in the Administration’s budget (scroll to page 128).

The Budget would also create a new approach to nutrition assistance that combines traditional SNAP benefits with U.S. Department of Agriculture Foods provided directly to households. This cost-effective approach supports American agriculture, prevents certain types of program abuse, provides state flexibility in delivering food benefits, and ensures the nutritional value of the benefits provided. …Under the proposal, households receiving $90 or more per month in SNAP benefits will receive a portion of their benefits in the form of a USDA Foods package, which would include items such as shelf-stable milk, ready to eat cereals, pasta, peanut butter, beans and canned fruit, vegetables, and meat, poultry or fish. …This cost-effective approach will generate significant savings to taxpayers with no loss in food benefits to participants.

I can understand that people don’t like it when food stamp recipients are buying junk food. Or luxury items.

And I can also understand the desire to make dependency somewhat discomforting.

But I have zero faith in the federal government’s ability to send food boxes to people every month and somehow save money and avoid extra bureaucracy.

What’s frustrating about the plan in Trump’s budget is that they actually proposed a semi-decent policy of partial federalism last year. So I view this as a step in the wrong direction.

By the way, the fact that I don’t like the plan doesn’t mean I agree with some of the leftist critics. As this “perplexed meme” illustrates, the folks who correctly mock the White House’s proposal are also the same ones who want the government to have massive powers over matters that are far more complex than delivering food. 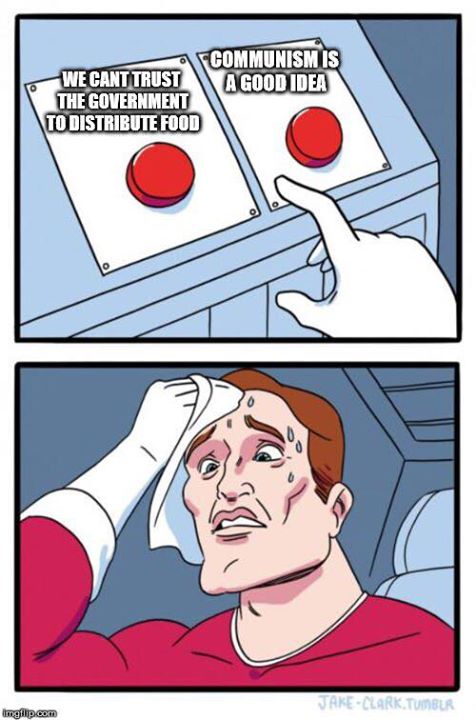 While the budget plan takes the wrong approach, the White House has done something good via the regulatory process by giving states more flexibility for work requirements.

Kansas, Maine, Wisconsin, and Alabama have achieved good results already, and now the same thing is happening in Georgia, as noted by PJ Media.

Thousands of Georgia residents who depend on food stamps are losing their benefits because they have failed to meet the state’s new requirements that force the able-bodied without children to find jobs. …“The greater good is people being employed, being productive and contributing to the state,” Bobby Cagle, director of the state Department of Family and Children Services, said.

…State Rep. Greg Morris (R) said the fact that thousands of people have lost their benefits only showed the magnitude of the problem of welfare fraud in Georgia. He said the new mandate is working. “This is about protecting taxpayer dollars from abuse, and taking people off the cycle of dependency,” Morris said. However, Benita Dodd, vice president of the conservative Georgia Public Policy Foundation, wrote that saving taxpayer dollars was not the program’s ultimate goal. “The goal must be to focus aid on those who truly need help and restore the dignity of work to able-bodied adults,” Dodd wrote. “Reducing dependency and promoting economic opportunity help end the cycle of poverty, reinforce the temporary nature of assistance and encourage personal responsibility.”

The bottom line is that I don’t know how much work should be required, or what kind. I also don’t know whether the idea of direct food delivery in Trump’s budget is necessarily a bad idea.

Which is why I want decentralization of the program. Let states try different approaches and then learn from each other. That’s good for taxpayers and good for poor people.

Which is basically what I said in this interview more than six years ago. 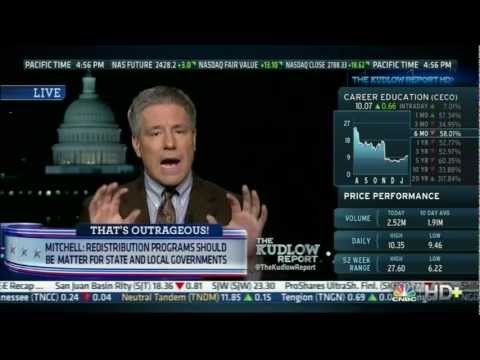 P.S. Here’s a map showing which states (as of a few years ago) had the highest rate of food stamp dependency.

P.P.S. And here’s a table showing which states have the highest levels of food stamp dependency relative to the eligible population. 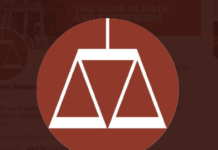 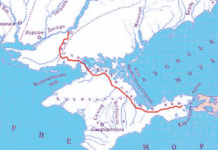 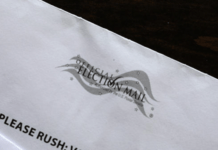