The social media giant that’s been embroiled in controversy over the past months has decided to lift its ban on ads for cryptocurrency. The decision was made based on the financial benefits Facebook has missed out on since instituting the ban.

Because there’s clearly too much ad revenue potential to ignore, Facebook announced today that it’s has decided that reversing its cryptocurrecy ad ban effective immediately. Facebook had first enacted the ban in January, saying at the time that too many companies in this space were “not currently operating in good faith.”

The company says it will allow ads and related content from “pre-approved advisers,” but will still not allow ads promoting binary options and initial coin offerings, reported TechCrunch.While Facebook admitted that banning all crypto advertising was a broad change, the company said that its new policy would “improve the integrity and security of our ads, and to make it harder for scammers to profit from a presence on Facebook.”

This time around, it’s making advertisers go through an application process to determine their eligibility. Facebook will ask advertisers to include on their applications details like what licenses they’ve obtained, whether they’re a publicly traded company, and other relevant background information regarding their business.

How thoroughly this information is fact-checked by Facebook staff remains unclear. –TechCrunch

“…We’ll listen to feedback, look at how well this policy works and continue to study this technology so that, if necessary, we can revise it over time,” says Rob Leathern, Product Management Director, in Facebook’s announcement. Of course, Facebook continues to remind its users that it will continue its censorship campaign. 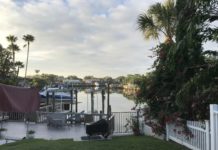 The fastest-growing cities in the U.S.