There are now more than 600 confirmed or probable cases of Ebola in Democratic Republic of the Congo (DRC), the World Health Organization (WHO) said on Friday.

The majority of new cases occurred in cities and urban areas in eastern North Kivu province, where an Ebola outbreak was declared in August.

With the total number of recorded patients in and around the North Kivu region standing at 608 of whom 368 have died, DRC is struggling to keep up with its second-deadliest outbreak ever, as healthcare efforts have been disrupted by armed groups, as well as political protests, and the displacement of those potentially-infected.

Ebola Virus Disease (EVD) is a rare and deadly disease in people and nonhuman primates. The viruses that cause EVD are located mainly in sub-Saharan Africa. People can get EVD through direct contact with an infected animal (bat or nonhuman primate) or a sick or dead person infected with Ebola virus.

There is no currently approved vaccine or treatment for EVD. However, trial vaccines including one  developed by the Canadian government called VSV-EBOV vaccine are being tested in the DRC. Studies suggest that the yet to be licensed Canadian vaccine could prevent Ebola infection when used before and also immediately after exposure to the Ebola virus. Sadly, the civil unrest within the country has threatened the supply of this vaccine.

The good news for us is that there are currently no direct flights between the USA and the DRC. 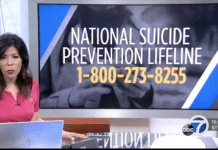 ‘A Year’s Worth of Suicide Attempts in Four Weeks’: The Unintended Consequences of COVID-19 Lockdowns 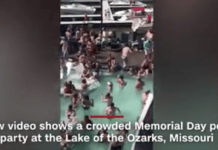 Are states that refuse to reopen losing the consent of the governed? 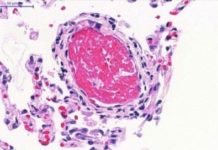 COVID-19 should be treated as a thrombotic disease, new research finds