This is the first in a series of pieces I’ll be doing on the 2020 Democratic primary derby.  I plan to update it periodically, particularly when I see a major shift in the prospects of any of the candidates, write Robert Ringer.

I’m not going to include the army of no-names who have announced, or who have hinted they might announce, that they’re running — e.g., Los Angeles Mayor Eric Garcetti, Colorado Governor John Hickenlooper, and former San Antonio Mayor Julian Castro.  I doubt any of them seriously believe they have a chance of capturing the Democratic nomination, but they certainly are aware that by running they could raise their public profiles and position themselves for future political positions or book/speaking deals.

Nor will I include better-known figures like Mark Cuban, Dwayne “The Rock” Johnson, or Hillary Clinton, because they, too, have no chance of winning.  Also, I doubt they will actually run.  Obviously, Hillary would be a dream come true for Republicans, because she would have zero chance of winning, but I think Democrats would have her taken out — Vince Foster style — if she dared to announce that she was going to run in the Democratic primaries.

Likewise, I will not be including high-profile people who have already stated that they definitely will not run.  These include Andrew Cuomo, Deval Patrick, Oprah Winfrey, and Michelle Obama.  Contrary to popular belief, neither Oprah nor Michelle O. possesses a giant intellect, but I’m pretty sure they’re at least smart enough to know that Donald Trump would humiliate them on a national stage.

He would reduce Oprah to tears early on by dismantling her public facade of being an intelligent, middle-of-the-road figure who appeals to all segments of American life.  Oprah realizes that Trump knows her far too well for her to risk getting into the ring with him, especially since she has already badly damaged her reputation by campaigning for Obama and Stacy Abrams.

Trump’s destruction of Michelle Obama would be even more brutal, because he would not hesitate to expose her as the media-perpetrated fraud that she is.  Given that the president has never hesitated to attack the physical appearance of his opponents or enemies (e.g., Carly Fiorina and Stormy Daniels), Michelle the Malevolent is unlikely to risk spoiling the media’s absurd portrayal of her as an intelligent, glamorous, gracious woman.  Trump would have a field day dismantling all of the media’s doublespeak nonsense about her persona by bringing out her true, snarky personality for all the world to see.  Trust me, Michelle Obama is not going to allow that can of worms to be opened.

Now, on to the no-chance candidates.

This is an odd mix of wannabes whom the media keeps telling us are viable contenders, even though they are not.  Only Amy Klobuchar and Tulsi Gabbard have announced their candidacies, but the others have hinted that they might run.  What they all have in common is that they have absolutely no chance of winning the Democratic nomination, regardless of what the FNM would like us to believe.

Bill de Blasio.  Bolshevik Bill’s Cuban honeymoon says it all.  He’s the real thing — a true commie with delusions of spreading his redistributionist faith throughout America.  I hope he runs, because it would be great fun to watch him twist himself into a pretzel with his idiotic anti-American rhetoric.  Sadly, I doubt that he will.

Amy Klobuchar.  Amy is the ultimate no-name, no brains, no accomplishment joker, one of the many Dirty Dem senators who made asses of themselves with their infantile and outrageous attacks on Brett Kavanaugh.  If Klobuchar actually makes it to the first Democratic debate — which she may not — she will be lucky to capture 1 percent support in the polls.

Tulsi Gabbard.  Gabbard has impressive assets — an Iraq War veteran who is smart, young, pretty, and ambitious.  Her problem is that many Democrats harbor an intense dislike for her for many of the positions she has taken, not the least of which are her support for Syrian dictator Bashar al-Assad and her past anti-LGBT and anti-gay stances.  Gabbard will be around for a long time to come, but her entrance into the 2020 presidential primaries is premature.

Eric Holder.  Holder is a hardened criminal whom Obama openly referred to as his “wingman.”  Hitman would have been a more appropriate description for him.  The Fast and Furious scandal, the Philadelphia voter-intimidation incident that he refused to prosecute, and lying before Congress are just three examples of his dishonesty and lack of character.  The Dirty Dems are fortunate that Holder has no chance of winning the Democratic nomination, because he surely would turn off millions of voters with his Obama-like arrogance.

John Kerry.  Gigolo John has excelled at one thing in his life — marrying wealthy women.  How can anyone take seriously a guy who doesn’t know how to pronounce Genghis Khan?  If he actually entered the race — which I don’t think he will — he would embarrass himself even more than he already has.  One of the most detestable reprobates ever.

Terry McAuliffe.  A long-time lieutenant in the Clinton Crime Family, the former governor of Virginia is up to his eyeballs in corruption.  I doubt he will run, but if he did, Republicans would have a field day exposing his dirty laundry, which is far greater than that of the newest Virginia governor, Blackface Northam.

These are the Dirty Dems whom the media wants us to believe are serious contenders for the Democratic nomination.  With one possible exception, they are not.

Kirsten Gillibrand.  Gillibrand is downright embarrassing.  She gives new meaning to the word shameless.  She will say anything, any time, to any medium if she thinks it might elevate her status.  Gillibrand has been caught on video so many times saying things that have come back to bite her that she will make an absolute fool of herself on the debate stage.  It is sure to make for great entertainment.

Kamala Harris.  As she proves every time she opens her mouth, Unkempt Kamala is a truly vile human being.  When she likened ICE to the Ku Klux Klan, it once again underscored the fact that she’s all in with the Radical Left.  Not only will she say anything she believes will boost her profile, she also will do anything, as evidenced by her extramarital affair with former San Francisco Mayor Willie Brown — an affair that kickstarted her political career.  Truly a disgusting woman.

Elizabeth Warren.  Even if Pocahontas changes her name to Hiawatha, she has no chance of winning the Democratic nomination.  Her hilarious self-destruction is enough to make one believe in karma.  Even though she will not come close to winning the Democratic primaries, watching her gasp for air as she chokes on her own lies should provide a mental orgasm for Republicans.

Cory Booker.  Booker is the Dirty Dem version of Li’l Marco — slimy, cunning, and totally devoid of principle.  In other words, he possesses all the characteristics needed to be a successful politician.  Booker is another one of those truly bad human beings, but he seems to be making a serious effort to hide his true self from the public.

I have to admit that the press conference he gave when he announced his candidacy was impressive.  He appeared to be trying to come across as a moderate Democrat, and if that’s his strategy, it shows that he’s actually thought through what his best path to victory might be.  Which makes him smarter than most of the other candidates he’s running against.

As a result of pretending that he’s moderating his radical views, I’ve come to believe that Booker could be a dark horse — but only if he’s able to keep up his act, which I doubt he can.  The probability is that he will not be able to control himself and will put on another Spartacus performance that will expose him as the embarrassing drama queen he is.

So much for the No-Chancers.  In tomorrow’s installment I’ll be reviewing the serious candidates for the Democratic presidential nomination.  Be sure not to miss it.

ROBERT RINGER is a New York Times #1 bestselling author who has appeared on numerous national radio and television shows, including The Tonight Show, Today, The Dennis Miller Show, Good Morning America, ABC Nightline, The Charlie Rose Show, as well as Fox News and Fox Business. To sign up for a free subscription to his mind-expanding daily insights, visit www.robertringer.com. 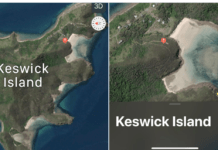 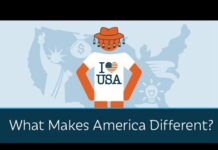