In my recent interview with the ever-prescient David Webb, I asked him if he believed the Democratic Party would ultimately destroy itself with its own hatred, to which he responded, “Either the Radical Left has to lose or America has to lose.”  Simple, profound, and true.  The struggle between anti-American and pro-American forces long ago passed the point of compromise.

There are two reasons why compromise is no longer possible.  First, when the Radical Left talks about compromise, they are not envisioning meeting in the true middle with conservatives.  Their idea of compromising on a system of government is to meet in the middle between communism and socialism.  Kind of like death by shooting or death by hanging.

I was saying it decades ago, and I’m more certain about it today than ever before:  Sane, civilized people of goodwill are in a struggle to the death with insane, uncivilized people whose goal is to enslave or destroy those who believe in the principles of liberty and non-aggression.  So, yes, David Webb is correct.  The Radical Left must lose if America is to survive.

Notwithstanding all he has accomplished, even President Trump does not truly understand what is at play here.  Take his latest self-destructive interaction with Dirty Dem mouthpiece George Stephanopoulos.  The question is not whether Trump said anything morally or legally wrong.  Obviously, he did not.

The real question is, why would he agree to be interviewed by a left-wing cheerleader like Stephanopoulos in the first place?  Is it simply because he enjoys sparring with the enemy?  C’mon, Donald, this is not a game.  This is war.  The objective is to destroy the enemy, not give him an opportunity to trick you into looking bad.

The second question is, why in the world was George Stephanopoulos even allowed into the Oval Office?  What was Trump thinking when he bought into such a perversity?  This is not a game.  This is war.  The objective is to destroy the enemy, not give him an opportunity to defecate on Bill Clinton’s playground.

The third question is, when Stephanopoulos asked him the gotcha question, why didn’t Trump immediately shut down the interview?  What was he trying to prove?  This is not a game.  This is war.  The objective is to destroy the enemy, not engage in a verbal jousting match with him.

I’m not trying to be hard on President Trump.  On the contrary, I support most of his efforts to implement his America-first, pro-free-market agenda.  Nevertheless, I am concerned that he still does not grasp the seriousness of the Radical Left’s intention to finish the job of fundamentally transforming America into a soulless, left-wing dictatorship — a dictatorship that is hysterically cheered on by the Jacobin masses at the bottom of society and billionaire overlords at the top.

Which is why I agree with the Radical Left that the Constitution has become outdated.  As John Adams explained it, “Our Constitution was made only for a moral and religious people. It is wholly inadequate to the government of any other.”  Let’s stop the “We must all come together” blather and come to grips with reality, to wit:  At least half the current population of the United States is rotten to the core and, perhaps just as bad, dangerously ignorant.  Abiding by the Constitution does not work when you are dealing with criminally insane, uninformed people.

The unpleasant reality is that the Democratic Party, and certainly everyone on the Radical Left, is a threat to the survival of America.  Lying, stealing, cheating, and deceiving is a way of life for them.  Above all, they believe in and actively promote violence.  They are dangerous to the well-being of all civilized people of goodwill and must therefore be rendered impotent.

Like it or not, Mao’s pragmatic creed still rings true today:  Political power does, indeed, grow from the barrel of a gun.  Most Americans prefer to delude themselves about this reality, but neither naiveté nor self-delusion can make it less true.

Of course, everyone would all like to avoid another violent civil war if at all possible.  But the only way that can happen while still saving America is to destroy the Radical Left by employing every political, legal, and legislative tool and tactic available to our side — a tsunami of executive orders, subpoenas, indictments, accusations, and much, much more.  Anything goes when you are at war — and we most definitely are at war.

I have always believed in the efficacy of learning from one’s enemies.  That said, Republicans should take a cue from perpetually hysterical Democrats and be on the offensive 100 percent of the time.  A defensive posture is a loser, as evidenced by the leftward movement of government over the past 80 years.

As Barry Goldwater, a man who understood the enemy’s goals, said, “Moderation in the protection of liberty is no virtue; extremism in the defense of freedom is no vice.”  Swearing an oath to this creed should be a litmus test for all Republicans running for election or reelection in 2020 and beyond.

Mealy-mouthed RINOs who insist on championing the antiquated idea of “reaching across the aisle,” even as America moves ever more rapidly to the left, are nothing more than spineless, naïve fools — useful idiots, if you will — intent on digging their own graves.  And yours and mine in the process.  It is therefore imperative that people who display Romney-like leanings be ruthlessly primaried starting in 2020.  No exceptions!  Cleaning house is an important first step in defeating the enemy.

The bottom line is that if the Radical Left is not destroyed, it will surely finish the job of destroying what is left of the America most of us remember — the America based on the founding principles ensconced in the Declaration of Independence and the Constitution.  Do not expend energy debating anyone who believes this to be an extreme position.  There is no time for debate.  This is not a game.  This is war. 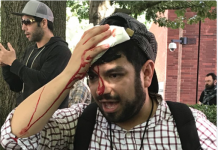 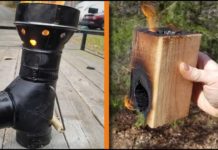