“It is time for the world to take notice and redouble our efforts. We need to work together in solidarity with the DRC to end this outbreak and build a better health system,” said Dr. Tedros. “Extraordinary work has been done for almost a year under the most difficult circumstances. We all owe it to these responders — coming from not just WHO but also government, partners and communities — to shoulder more of the burden.”

The declaration followed a meeting of the International Health Regulations Emergency Committee for EVD in the DRC. The Committee cited recent developments in the outbreak in making its recommendation, including the first confirmed case in Goma, a city of almost two million people on the border with Rwanda, and the gateway to the rest of DRC and the world.

This was the fourth meeting of the Emergency Committee since the outbreak was declared on 1 August 2018.

The Committee expressed disappointment about delays in funding which have constrained the response. They also reinforced the need to protect livelihoods of the people most affected by the outbreak by keeping transport routes and borders open. It is essential to avoid the punitive economic consequences of travel and trade restrictions on affected communities.

“It is important that the world follows these recommendations. It is also crucial that states do not use the PHEIC as an excuse to impose trade or travel restrictions, which would have a negative impact on the response and on the lives and livelihoods of people in the region,” said Professor Robert Steffen, chair of the Emergency Committee.

Since it was declared almost a year ago the outbreak has been classified as a level 3 emergency – the most serious – by WHO, triggering the highest level of mobilization from WHO. The UN has also recognized the seriousness of the emergency by activating the Humanitarian System-wide Scale-Up to support the Ebola response.

Why hasn’t the outbreak been brought under control?

Tackling the disease has been complicated by conflict in the region.

Since January, there have been 198 attacks against healthcare workers or Ebola treatment facilities leading to seven deaths and 58 injuries.

Another major problem has been distrust of healthcare workers leading to about a third of deaths being in the community rather than at a specialist Ebola treatment centre.

It means those people are not seeking treatment and risk spreading the disease to neighbours and relatives.

In recommending a PHEIC the committee made specific recommendations related to this outbreak.

“This is about mothers, fathers and children – too often entire families are stricken. At the heart of this are communities and individual tragedies,” said Dr. Tedros. “The PHEIC should not be used to stigmatize or penalize the very people who are most in need of our help.”

The meeting of the Emergency Committee convened by the WHO Director-General under the International Health Regulations (IHR) (2005) regarding Ebola virus disease in the Democratic Republic of the Congo (DRC) took place on Wednesday, 17 July 2019, from 12:00 to 16:30 Geneva time (CEST).

Proceedings of the meeting

Members and advisors of the Emergency Committee were convened by teleconference.

The Director-General welcomed the Committee and thanked them for their support. He turned the meeting over to the Chair, Dr Robert Steffen.

Dr Steffen also welcomed the Committee and gave the floor to the Secretariat.

Representatives of WHO’s legal department and the department of compliance, risk management, and ethics briefed the Committee members on their roles and responsibilities, as well as the requirements of the IHR and the criteria that define a PHEIC: an extraordinary event that poses a public health risk to other countries through international spread and that potentially requires a coordinated international response. The Committee’s role is to give advice to the Director-General, who makes the final decision on the determination of a PHEIC. The Committee also provides public health advice or suggests formal temporary recommendations as appropriate.

Committee members were reminded of their duty of confidentiality and their responsibility to disclose personal, financial, or professional connections that might be seen to constitute a conflict of interest. Each member who was present was surveyed and no conflicts of interest were judged to be relevant to the meeting.

The Chair then reviewed the agenda for the meeting and introduced the presenters.

Presentations were made by representatives of the Ministry of Health of the Democratic Republic of the Congo and the WHO Secretariat.

The current situation in the Democratic Republic of the Congo was reviewed. There are increased numbers of cases in Butembo and Mabalako; the epicentre has moved from Mabalako to Beni; and there is one imported case in Goma. Factors affecting the outbreak include population movement in highly densely populated areas; weak infection and prevention control practices in many health facilities; complex political environment; continued reluctance in the community; and the ongoing unstable security situation, which led to the recent murders of two community health workers. More than 70 entry points are being monitored and 75 million screenings have been conducted, with 22 cases detected in this manner. Beni is the main hotspot; cases in other areas are decreasing. There are 2512 confirmed or probable cases, including 136 health workers affected, with 40 deaths among them.

Beni remains the epicentre of the outbreak, with 46% of the cases over the last 3 weeks. Mangina has 18% of the cases, and one new case in Goma came from Beni, with diagnosis confirmed within one hour of the patient’s arrival at a health facility. The patient, who was not known to be a contact, traveled to Goma with several other people in a bus. When the vehicle broke down, he went to a health facility via motorbike. He was transferred to an Ebola Treatment Centre, but later died. Response to the case in Goma took place within 72 hours. Contact tracing was performed, with 75 contacts vaccinated, as well as co-travellers, and family members are being monitored. Surveillance is being reinforced and readiness strengthened. 15,000 people cross the border from Goma to Rwanda every day, as Goma is an important centre of economic activities with Rwanda. Closing this border would strongly affect the population of Goma and have adverse implications for the response. There is a continuing need for increased awareness among the population on the outbreak situation and stronger engagement on health-seeking behaviours.

The UN Ebola Emergency Response Coordinator gave an update on the situation and efforts to maintain an enabling environment to support outbreak response. He emphasized the need for community engagement and access in all areas, increased multisectoral collaboration, and more financial and human resources. Insecurity is the greatest concern, especially after two community health workers were killed last week. Efforts to increase security are underway. There is a need to focus both on intervention gaps and the quality of interventions.

The WHO Secretariat provided details on the latest rapid risk assessment. The Secretariat highlighted the effectiveness of the response; there have been improvements in surveillance and the intensity of virus transmission has been reduced, but there has been a geographical extension. There has been no local transmission in these areas, but the continued seeding of virus into new areas represents a constant risk of further amplification.

Risk remains very high at national and regional levels but still low at global level. There is cause for concern linked to the recent case in Goma, as the city is a provincial capital with an airport with international flights.

The intensity of the epidemiological situation is fluctuating, with about 80 new cases reported weekly. There is continued shifting of hotspots and associated risks. There is continued seeding to new or previously cleared areas but thus far without sustained local transmission. The recent travel to and from Uganda of a local trader who later died of Ebola demonstrates that the risk remains high for bordering countries. The virus has extended geographically but transmission is not as intense. However, the situation in Beni remains difficult and worrisome, especially as the proportion of community deaths has been rising. Ongoing challenges include insecurity, community acceptance, delays in case detection and isolation, challenges in contact tracing, a highly mobile population, and multiple routes of transmission. Nosocomial transmission, burial practices, and the use of traditional healers continue to amplify transmission in affected communities. The level of preparedness in Goma and priority actions for Rwanda were presented, demonstrating significant improvements across a number of key preparedness pillars (surveillance, Ebola Treatment Centres, etc.). Gaps and challenges remain, specifically at the district level.

The ring vaccination strategy is proving efficient and successful. Issues related to vaccine supply were reviewed. Vaccine supply and availability data were presented and show that vaccine supplies are currently insufficient, thereby necessitating the introduction of an adjusted dose. The Secretariat welcomed the increased production planned by Merck, which will effectively double the supply of rVSV-EBOV in 2020. Further, the EVD Working Group of SAGE will monitor vaccine supplies and suggest any further dose adjustment that might be required to assure adequate doses until further production is available.

The Committee commended the response to date, under the leadership of the DRC Ministry of Health, and supported by WHO, UN agencies, NGOs and other partners. The response has contributed to limiting the spread and impact of this virus in a difficult context in many areas in DRC. The courage and commitment of all frontline workers were specifically praised by the Committee.

However, the Committee is concerned that a year into the outbreak, there are worrying signs of possible extension of the epidemic. Despite significant improvement in many places, there is concern about potential spread from Goma, even though there have been no new cases in that city. The Committee is also concerned by the reinfection and ongoing transmission in Beni, which has been previously associated with seeding of virus into multiple other locations. Further, the murder of two HCWs demonstrates continued risk for responders owing to the security situation.

In addition, despite previous recommendations for increased resources, the global community has not contributed sustainable and adequate technical assistance, human or financial resources for outbreak response.

It was the view of the Committee that a coordinated international response under the International Health Regulations (2005) is required. Thus, the conditions for a Public Health Emergency of International Concern (PHEIC) under the IHR (2005) have been met.

The Committee discussed the impact of a PHEIC declaration on the response, possible unintended consequences, and how these might be managed. The global community should anticipate possible negative consequences and proactively prevent them from occurring, taking into account experience with Ebola in West Africa in 2014.

The declaration of the PHEIC is not a reflection on the performance of the response team but rather a measure that recognizes the possible increased national and regional risks and the need for intensified and coordinated action to manage them.

The Committee provided the following advice to the Director-General for his issuance as formal Temporary Recommendations under the IHR (2005). 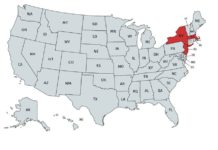 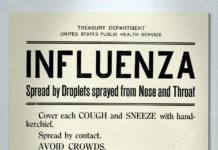