The Trump administration has just taken an important step in the effort to protect threatened and endangered species.

On Monday, the administration published final regulations that will improve implementation of the Endangered Species Act.

This law simply hasn’t worked. Over the law’s more than 45 years, only about 3% of the species listed as threatened or endangered have been removed from the list due to recovery.

To their credit, the Fish and Wildlife Service and the National Marine Fisheries Service decided to take action. They recognized that a significant part of the problem is connected to how they have implemented the law.

Here are three of their important changes.

1. No longer treating threatened species as if they were endangered.

The Endangered Species Act applies its most significant protections to species classified as “endangered,” including very stringent prohibitions against activities that would harm species or their habitats. This includes severe restrictions on how private property owners can use their land.

But for threatened species, the Endangered Species Act’s general rule is that these stringent prohibitions don’t apply.

Unfortunately, the Fish and Wildlife Service has implemented the law in the exact opposite fashion: The general rule is that these prohibitions do apply to threatened species.

This misguided approach hurts conservation efforts by diverting time and resources away from where they are most needed. It also removes important incentives for private property owners. For example, if the stringent prohibitions didn’t apply to threatened species, private property owners would have the incentive to protect these species from becoming endangered in order to avoid these stringent prohibitions.

Fortunately, the final regulations would require the Fish and Wildlife Service to properly follow the law and treat endangered and threatened species differently from each other. This would be consistent with what Congress intended and follows what the National Marine Fisheries Service has been doing successfully for years.

This change would have no impact on threatened species that have already been listed. This only applies to future listed species.

The Endangered Species Act requires that science alone should determine whether to list a species. The costs of protecting a species has nothing to do with whether it is endangered or threatened.

However, the federal government has used this science-only requirement as an excuse to prohibit the identification of the benefits and costs of listing a species.

There is nothing novel about informing the public about cost data that isn’t used in agency decision-making. This is exactly what the Environmental Protection Agency does when designating the National Ambient Air Quality Standards.

When legislators and the public know what the actual costs and benefits are for conserving species, they can better understand the Endangered Species Act and how existing law might be changed to achieve desired policy outcomes.

Under the Endangered Species Act, the federal government designates critical habitat for listed species, which may include areas that are not occupied by the species. These unoccupied areas, however, must be essential to the conservation of the species.

The new final regulations would help to ensure any unoccupied areas are truly essential, and therefore help to prevent extreme situations, such as what happened in Louisiana.

As the Pacific Legal Foundation’s Mark Miller, who represented the property owners in the case, recently stated, “The feds may as well have labeled this Louisiana property critical habitat for a polar bear. It would have done just as much good.”

The administration’s new final regulations are designed to better protect species. They may pose a problem for those who are more interested in blocking development than the welfare of threatened and endangered species. For those though who want to improve recovery efforts, these regulations are an important step forward. 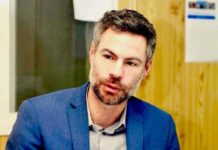