A plan proposed by a top White House aide and reportedly backed by Ivanka Trump would track some Americans’ cellphones and connected devices to see if the federal government can “predict” who may go on a violent rampage.

The plan, developed by former NBC chairman and close Trump friend Bob Wright, was presented to the White House in a three-page document titled “SAFE HOME” or “Stopping Aberrant Fatal Events by Helping Overcome Mental Extremes” and would be run by a new federal government agency.

The program would track activity by cellphones, smart watches and home devices to detect changes in “neurobehavioral activity” that could precede “violent outbursts.”

“Trump reportedly responded ‘very positively’ to a proposal to establish a new agency, the Health Advanced Research Projects Agency, or HARPA, as part of the Health and Human Services Department,” Newsmax reports. “This agency would be modeled on the Defense Advanced Research Projects Agency, which works with various federal agencies, private companies, and academic institutions on projects for the Pentagon.”

“The four-year project would cost an estimated $40 to $60 million, according to Geoffrey Ling, the founding director of the Biological Technologies Office at DARPA and the lead scientific adviser on HARPA,” Newsmax reports.

While the plan describes participants as “volunteers” such a program would need a massive number of subjects, and it’s not clear what the proposal means by “volunteer.”

“Everybody would be a volunteer,” Ling said in an interview.

While President Trump is still finalizing his proposals to stop mass shootings and has not publicly committed to the plan, it reportedly backed by Ivanka Trump.  It could be included as part of Trump’s call for more monitoring of the mentally ill, expanded background checks and “red flag” laws.

Some oppose the plan as a violation of civil liberties, while mental health experts point out that while mental illness is often a factor in mass shootings it is not a predictor. 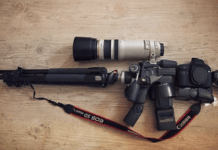 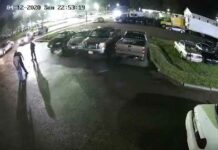 Guess what’s the No. 1 concern for Democrats?

The United Nations and Global Taxation