A new Monmouth University poll finds most Americans hold split on gun issues, backing many restrictions but believing much of what is being proposed by Democrat presidential candidates goes too far.

Interestingly, a shocking 62 percent of Americans support registering all American gun owners in a central federal database so they can be tracked, even though half fear the program will be used to spy on citizens.

“Half the public (50%) expresses concern that proposed registration measures would be used by the federal government to monitor other activities of American citizens. This includes 23% who are very worried about this possibility and 27% who are somewhat worried,” Monmouth reports. “A nearly identical number are not too worried (19%) or not at all worried (30%). These results are virtually unchanged from last year. NRA members (75%) continue to be significantly more likely than other gun owners (55%) and nonowners (43%) to express at least some worry that the government would use background checks or a gun database to track Americans’ activities.”

The 62 percent support for registering gun owners may seem like a win for the anti-gun movement, but it’s unchanged from a year ago, before recent high-profile shootings and combined attacks on gun owners from the media, Democrat presidential campaigns and some Republicans.

“Support for a national gun registry has dropped by 10 points among Republicans (45% in March 2018) and by 5 points among independents (64%), but has held steady among Democrats (84%),” Monmouth notes.

“Support for certain gun control measures remains high but new tragedies do not seem to move the needle any further. This suggests that we may be at a saturation point for how these events shape public opinion,” said Patrick Murray, director of the Monmouth University Polling Institute. 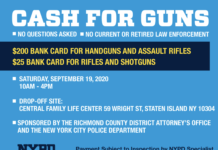 Would you turn your guns in for $200 if you lived in New York? 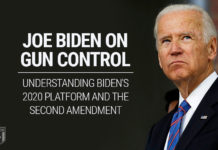