Americans surged into gun stores to buy firearms as Democrat presidential candidates competed with one another to see who could propose the most gun bans.

The number of gun sales reported to the National Instant Criminal Background Check System in August 2019 was 15.2 percent larger than the number reported in August 2018, the National Shooting Sports Federation reports.  That figure is the second-highest ever recorded for August, behind only August 2016 as it appeared anti-gun Hillary Clinton could possibly be elected President.

That battle among Democrats for the title of Biggest Gun Confiscator appears to have been won by former Texas Congressman Beto O’Rourke, who pushed away decades of Democrat claims they weren’t going to confiscate guns by flatly promising “We’re coming for your AR-15.”  O’Rourke even sold t-shirts emblazoned with his promise to confiscate privately-owned guns from peaceable Americans.

In response, Alpha Dog Firearms in Phoenix, Arizona held a “Beto Special” sale.  Responding to an O’Rourke tweet about AR-15s, complaining that he saw the “weapon of war” for sale for just $395, Alpha Dog offered up its stock of AR-15s for only $349.99.

They completely sold out of rifles in just four hours.

“We’re trying to process the orders and work on getting more special deals for our good friend gun grabber Beto,” the company said in the post, which was “liked” more than 1,000 times. 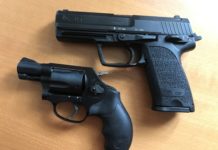 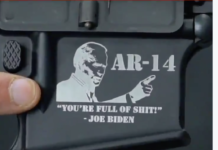 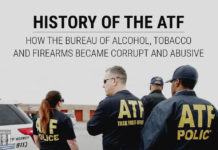 History of the ATF: How the Bureau of Alcohol, Tobacco & Firearms Became Corrupt & Abusive