A sixth-grade student at a Christian school in Virginia has admitted that she made up a claim that three boys pinned her down and cut off her dreadlocks.

Amari Allen, 12, who is black and attends Immanuel Christian School in Springfield, had said that three white sixth-grade boys attacked her on the school playground last week and called her names while cutting her dreadlocks.

Amari, whose account received extensive coverage on television and other media, told school officials Monday that she made up the story.

Amari still holds that she has been bullied, her family said, but they are seeking counseling for her.

“Everybody is incredibly sorry that this all went down the way that it did,” family lawyer Michael Daniels said. “They’re starting to look at a path forward, and that involves a lot of counseling and therapy and open discussion.”

The girl’s family also apologized in a written statement:

To those young boys and their parents, we sincerely apologize for the pain and anxiety these allegations have caused. To the administrators and families of Immanuel Christian School, we are sorry for the damage this incident has done to trust within the school family and the undue scorn it has brought to the school.

Video security footage from the school does not show proof of the attack, given the date and time Amari said the incident happened, Daniels said.

“We just started to find little pieces that weren’t adding up,” Daniels told NBC News. “So as we continued to, you know, kind of press through this and we started to look at the tapes, we started to look at the statements and we actually asked Amari about it and she finally just kind of said, ‘Yeah, I made that up.’ And that’s very tough. It’s a tough position to be in, but now [what] we’re looking at is more, well, why did this happen?”

It was not clear what consequences the school will impose for the girl’s actions.

In a formal statement, Immanuel Christian School said officials there are thankful the incident didn’t happen:

We can now confirm that the student who accused three of her classmates of assault has acknowledged that the allegations were false. We’re grateful to the Fairfax County Police Department for their diligent work to investigate these allegations.

While we are relieved to hear the truth and bring the events of the past few days to a close, we also feel tremendous pain for the victims and the hurt on both sides of this conflict. We recognize that we now enter what will be a long season of healing.

This ordeal has revealed that we as a school family are not immune from the effects of deep racial wounds in our society. We view this incident as an opportunity to be part of a learning and healing process, and we will continue to support the students and families involved.

We will also continue teaching what we’ve taught for more than 40 years: that the love of God is for all people, and as His children we should demonstrate that love equally to all people regardless of their background, what they believe, or how they behave.

In their statement, Amari’s family said they “sincerely apologize” to the three boys and their parents “for the pain and anxiety these allegations have caused,” adding:

To the administrators and families of Immanuel Christian School, we are sorry for the damage this incident has done to trust within the school family and the undue scorn it has brought to the school.

To the broader community, who rallied in such passionate support for our daughter, we apologize for betraying your trust.

We understand there will be consequences, and we’re prepared to take responsibility for them. We know that it will take time to heal, and we hope and pray that the boys, their families, the school and the broader community will be able to forgive us in time.

The Virginia school was in the news in January when political opponents criticized Vice President Mike Pence’s wife, Karen, for teaching art there part time.

Critics faulted the Christian school for teaching the traditional meaning of marriage as the union of one man and one woman. 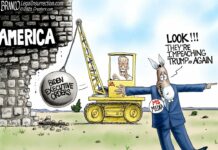 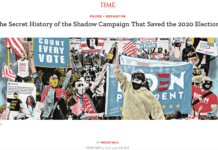 Now they’re bragging about it.