A new FBI shows violent crime, already near record lows, dropped again in 2018. Now, data from the Crime Prevention Research Center shows the number of Americans who carry concealed is at record highs.

“According to the FBI’s 2018 Crime in the United States Report released this week, the estimated number of violent crimes in the country decreased 3.3 percent from the number recorded in 2017, and the 2018 violent crime rate fell 3.9 percent compared to the year before. The department noted it was the second consecutive year of declines,” FOX News reports.

Despite liberal claims that increased access to guns causes crime, violent crime rates remain near record lows as the number of Americans who carry firearms in public reaches record highs.

In that same time “the number of concealed carry license holders grew by 1.4 million people to 18.66 million, and at this pace, will eclipse 20-million concealed carry holders in 2020,” reports Bearing Arms’ Cam Edwards. “The new report notes that the rise in concealed carry licenses comes even as several more states have become ‘Constitutional Carry’ states, where no license is needed for legal gun owners to lawfully carry.” 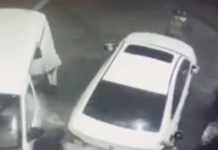 You Got Hosed! Genius Response To Gas Pump Robbery 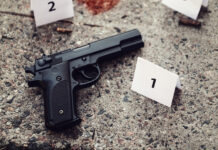