“PayPal is pulling out of a group of companies assembled by Facebook to launch its new cryptocurrency payments network,” FOX News reports.

FOX News reports the news comes just days after The Wall Street Journal “reported that other financial partners who agreed to work with Facebook on the project are having second thoughts.”

While most cryptocurrencies allows people to live their lives with privacy, Facebook’s plan appear more of a Trojan Horse.

As “SHTF Plan” reported in July:

A cryptocurrency controlled by Facebook may turn the social media giant into an even more state-like institution, some say, complete with its own internal economy, the ability to impose economic policies on its customers as if they were citizens of a state. They are already silencing dissent and deciding which information people are to be shown. But, more importantly, Libra seems to give Facebook even more power to control our private data with the ability to use the unprecedented alleged currency as a tool for even more surveillance.

Between the loss of corporate partners and criticism from lawmakers, Facebook may scrap its plans for Libra. 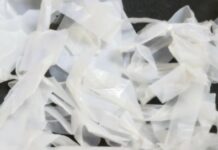 Industrial waste is reused to produce alternatives to plastic 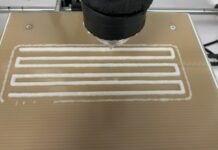