A Michigan lawmaker wants anti-gun activists to put their money where their mouths are, introducing legislation holding “gun free zones” legally liable if a shooting occurs on the property.

“State Rep. Gary Eisen, R-St. Clair Township, introduced House Bill 4975, which would revoke governmental immunity from lawsuits arising from injuries sustained on government property where guns are banned,” Michigan Capitol Confidential reports. “Eisen is also the sponsor of House Bill 4976, which would make a government, business or individual that designates a property a gun-free zone responsible for the safety of individuals who enter it.”

First, as government facilities must serve all the public, without infringing upon rights, they cannot ban carry, just as they cannot unreasonably ban speech or assembly.

Second, while private businesses and individuals have the inherent right to ban whatever they want on their own property, doing so means they assume responsibility for the consequences of that exercising that right.

“I have to presume that no one will have a gun inside and I will be safe,” Eisen, himself a firearms instructor, tells MCC. “They are telling me, ‘Don’t worry, Mr. Eisen, this is a gun-free zone. You’ll be perfectly safe in here.’ We know that is not the case.”

Since “gun free zones” supposedly prevent violence one would think anti-gun activists would leap at the chance to prove it, but no anti-gun lawmaker is supporting the bill and neither the Brady Campaign to Prevent Gun Violence and nor the Giffords: Courage to Fight Gun Violence organization responded to MCC’s emailed request for comment. 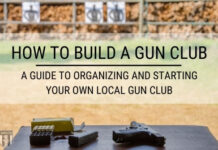 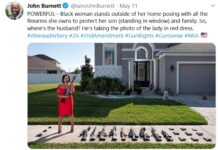 Another Leftist Has an Epiphany on Guns