Last month’s Census Bureau report on the uninsured overlooked an important point: More than 99% of Americans have access to health coverage, regardless of their income or medical condition.

The overwhelming majority of those lacking insurance could have obtained coverage but did not enroll.

Many of those with lower incomes may not sign up for subsidized coverage because they know they can receive care at little or no cost to themselves even if they remain uninsured until they arrive at a clinic.

Those in the top two income quintiles may remain uninsured because government intervention in health insurance markets has created a menu of unattractive products at unattractive prices.

Either way, Americans across the income spectrum deserve a better approach to health care.

It’s critical that policymakers understand the distinction between lack of coverage and lack of access to coverage.

A Kaiser Family Foundation analysis of last year’s Census Bureau report found that, of the estimated 27.4 million non-elderly people who were uninsured in 2017:

These 2.5 million lawful U.S. residents ineligible for federal assistance lived in states that had not expanded Medicaid eligibility to non-elderly, non-disabled adults with incomes up to 138% of the federal poverty level.

Here, it is important to draw a second crucial distinction: between access to coverage and access to care.

These 2.5 million individuals are eligible for free care at 3,000 federally-funded health centers in the nonexpansion states and 11,000 nationwide. In addition, all public and nonprofit hospitals are required to have programs to provide free or low-cost care to low-income patients.

These hospitals can enroll low-income people in Medicaid when they show up for care, which is another reason some Medicaid-eligible people wait until they need to see a doctor to sign up for their free coverage.

Flawed Laws Make It Harder for the Uninsured to Get Covered

The federal government has not done a good job of covering those who are eligible for assistance.

That means that only half the people eligible for subsidies claimed them. The heavily regulated individual policies are unattractive to millions of people, even at steeply discounted prices.

Millions remain uninsured, not because the federal government is doing too little, but because it is doing (and spending) a lot and doing it badly.

Advocates of expanding government control of health care take the Census Bureau’s estimate of the number of uninsured out of context. They use it as a call for government to do more.

Some advocate government takeover of health care financing, as in “Medicare for All.” Others seek further expansions of Medicare, Medicaid, and Obamacare subsidies. Still others will call for the creation of a “public option,” a government-run insurance company that “competes” with private insurers.

But these are all line extensions of an already-failing approach.

A new approach is needed, one rooted in a better understanding of the problem.

Working together, dozens of health care analysts and policy leaders have developed such an approach.

The Health Care Choices Proposal would convert the $1.6 trillion in Obamacare entitlement spending into grants to states. States would use these fixed allotments to establish consumer-centered programs that make health insurance affordable regardless of income or medical condition.

And it would require states to establish programs that concentrate public resources on people with pre-existing medical conditions. In states that have obtained federal waivers to establish such programs, people have seen substantial premium reductions.

The proposal would enhance health care choices for all Americans, including those with low incomes. And it would reduce premiums for individual policies by up to one-third.

The Health Care Choices Proposal represents a commonsense approach to solving an uninsured problem that is poorly understood.

Doug Badger @Dougsbriefcase Doug Badger is a former White House and Senate policy adviser and is currently a senior fellow at the Galen Institute and a visiting fellow at The Heritage Foundation. 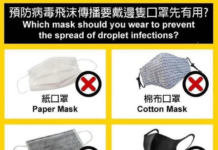