For years President Donald Trump has warned the nation about the dangerous mission creep of America’s intelligence agencies into the domestic affairs of the nation.  For just as long, if not longer, those of us who have been involved in the political arena have raised alarms about the dangers of embedded careerists in government, whose agenda is expanding – not limiting – the powers of the federal government.  The mainstream media and the liberal Establishment, of course, have delighted in mocking us for issuing such warnings.

Now, thanks to a former head of the Central Intelligence Agency declaring publicly and proudly, “Thank God for the Deep State,” it can no longer be disputed that such a creature exists.  That utterance last week by John McLaughlin ought to sound alarms throughout our Land; but in a sense, we should thank him for clearing the air and removing any doubt as to why it is vital that Trump be reelected next year.  Trump is the Deep State’s worst nightmare.

In the 1970s, when I was training for a career at the CIA, one of the principles hammered into us was that good intelligence was, is, and must continue to be objective in nature, and delivered to policymakers without a political perspective or agenda. In other words, our job was to gather, analyze and report information to our country’s decision-makers and most definitely, not to make those decisions ourselves.

As a classmate of mine during this extensive training, I know McLaughlin knows — or at least knew — this founding principle as well. The difference, however, is that while I left the agency and grew to see the threat to democracy posed by unchecked, secretive government power, McLaughlin, like so many around him, appears clearly to have become infatuated with the righteousness of their mission, and now to see their role as being far bigger than serving as America’s silent eyes and ears.

McLaughlin’s statement turns the very principle on which the CIA was founded in the immediate aftermath of WWII on its head. Whether or not intended, McLaughlin is admitting that intelligence officers now should, or perhaps must, consider it their duty not to report objectively to policy makers.  Instead, in McLaughlin’s view, intelligence officials are to use the power of their office to drive policy; especially, as is now quite obvious, if they conclude that those policy makers — including even the president they are bound to serve — are making bad decisions.

This is exactly what Trump warned us about.

Rather than leave the direction of the country to duly elected officials in the White House and Congress — men and women who can be held accountable to the people — the faceless, nameless operatives in the CIA and elsewhere in government are now taking an active role in policymaking.  In the case of those myriad agencies making up the sprawling Intelligence Community, the marching orders for these Deep Staters from McLaughlin, John Brennan, James Clapper, James Comey, and so many more, are to employ the virtually unlimited powers and resources available to them as intelligence agencies to further their policy agenda.

McLaughlin and others like him still in service obviously have become so enamored with their own righteousness and the “evil” of the policymakers with whom they disagree, they will do whatever it takes to “protect” us from ourselves.

This is exactly what happened to Comey who in 2016, drunk on his own self-righteousness, lost his objectivity and tried to play politics with what should have been objective FBI investigations of Hillary Clinton’s email server. The result was that Comey himself became a storyline in America’s 2016 elections, influencing at least in some part the outcome of the vote. Rather than serve as a warning about such meddling by the FBI, Comey’s actions appear to have served as inspiration; as now so-called “whistleblowers” in the Intelligence Community hope to do the same with Trump. In this game plan, McLaughlin clearly has their back, and his pious comments thanking the Almighty for the Deep State will serve only to encourage such underhanded and destructive actions as still are unfolding by virtue of the “Ukraine Whistleblower.”

There are many reasons for which voters should cast their votes next year for President Trump — the strong economy and regulatory reform chief among them.  In many respects, however, the single most important reason to reelect him is to continue his drive to rid the federal government of Deep State denizens like McLaughlin, Comey, Brennan, and so many others; along with their elected enablers like Rep. Adam Schiff.

Bob Barr represented Georgia’s 7th District in the House of Representatives from 1995-2003. He now practices law in Atlanta, Georgia and is Chairman of Liberty Guard (a non-profit, pro-liberty organization). He also heads the Law Enforcement Education Foundation (LEEF) and a consulting firm, Liberty Strategies. Originally published in Townhall.com. (https://dailycaller.com/2020/06/29/barr-the-dumbest-generation-grows-even-dumber/)

WASHINGTON, DC – Oct. 31, Congressman Jim Jordan (R-OH), Ranking Member of the Committee on Oversight and Reform, released the following statement after the House Democrats’ vote to move forward with undoing the results of the 2016 presidential election:

“Democrats have been trying to impeach the President since day one of this Congress. Now, a year before the next election, Democrats are moving to undo the will of the American people. Americans will see through the Democrats’ desperate attempt to legitimize Adam Schiff’s sham inquiry. This resolution is nothing more than a charade to create the appearance of due process, while continuing a deeply flawed and shameful partisan stunt.” 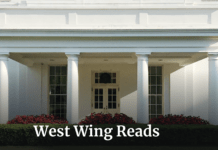 Got 3 sticks, a scarf and some cordage? Make a campfire stool.