If I had to identify the most economically destructive part of Senator Elizabeth Warren’s agenda, I’d have a hard time picking between her confiscatory wealth tax and her so-called Medicare-for-All scheme.

The former would dampen wages and hinder growth by penalizing saving and investment, while the latter would hastenAmerica’s path to Greece.

By contrast, it’s easy to identify the most ethically offensive part of her platform.

Just like President Obama, she’s a hypocrite who wants to deny poor families any escape from bad government schools, even though her family has benefited from private education.

To make matters worse, she’s even lied about the topic.

Corey DeAngelis of the Reason Foundation has been on top of this issue. I recommend his article. And if you like exposing dishonest politicians, here’s a very snarky PG-13-rated tweet.

Holy shit. I have Warren on video lying about where she sent her kids to school.

Sarah Carpenter: “I read that your children went to private schools”

Warren: “No my children went to public schools” pic.twitter.com/PEHr3jNvjx

The Washington Free Beacon has some additional details.

Sarah Carpenter, a pro-school choice activist who organized a protest of Warren’s Thursday speech in Atlanta, told Warren that she had read news reports indicating the candidate had sent her kids to private school. Though Warren once favored school choice and was an advocate for charter schools, she changed her views while seeking the Democratic presidential nomination. …Warren denied the claim, telling Carpenter, “My children went to public schools.” …however, …Warren’s son, Alex Warren, attended the Kirby Hall School for at least the 1986-1987 school year… The college preparatory school is known for its “academically advanced curriculum” and offers small class sizes for students in grades K-12. …Carpenter pressed Warren to reconsider her education plan, which would place stringent regulations on both charter and private schools. She told the candidate that she simply didn’t have the resources to exercise the same choices for her children that Warren appears to have made for her son.

Moreover, private schools are a family tradition, as the Daily Caller revealed.

Sen. Elizabeth Warren, a Democrat representing Massachusetts, has a granddaughter who rubs shoulders with the children of movie stars at the trendy Harvard-Westlake School in Los Angeles, California. Tuition at Harvard-Westlake costs $35,900 each year. There’s also a $2,000 fee for new students. Harvard-Westlake offers a bevy of amazing opportunities for students including study-abroad programs in Spain, France, China, Italy and India. There’s also the Mountain School, “an independent semester program that provides high school juniors the opportunity to live and work on an organic farm in rural Vermont.”

If you want to learn more about Warren’s disingenuous posture, I also recommend this article by Chrissy Clark of the Federalist.

Anyhow, what makes her hypocrisy especially odious is that she was semi-good on the issue. At least back before political ambition caused here discard her moral compass.

Education Week looked at Warren’s record and confirmed she used to be sympathetic to school choice, albeit only for parents who wanted to choose among various types of government schools.

Massachusetts Sen. Elizabeth Warren’s education..plan’s contention that the nation must “stop the privatization and corruption of our public education system” and keep money from being “diverted” away from public schools through vouchers. …supporters of school choice cried foul. They pointed to what Warren and her daughter Amelia Warren Tyagi wrote in The Two-Income Trap, a book they authored in 2003, as evidence that she once backed a voucher system for parents seeking education options for their children, but has now abandoned that position for political expediency and to please teachers’ unions. …In 2003, Warren and Tyagi wrote that while…many schools might technically be public, they said, many parents effectively paid tuition for good public schools through their ability to purchase a home in their attendance zones. …So how to solve it? “A well-designed voucher program would fit the bill neatly,” the two authors stated, adding that “fully funded” vouchers would “relieve parents from the terrible choice of leaving their kids in lousy schools or bankrupting themselves to escape those schools.” …Essentially, what Warren and Tyagi wanted was an open enrollment system of public schools.

So why has her position “evolved”?

She’s decided that getting to the White House is more important than the best interests of poor children. The Daily Caller reports on Warren’s kowtowing to union bosses.

Democratic Massachusetts Sen. Elizabeth Warren is pledging to crack down on school choice if elected, despite the fact that she sent her own son to an elite private school, publicly available records show. The 2020 presidential candidate’s public education plan would ban for-profit charter schools…and eliminate government incentives for opening new non-profit charter schools, even though Warren has praised charter schools in the past. …Warren has pledged to reduce education options for families, but she chose to send her son Alexander to Kirby Hall, an elite private school near Austin. Tuition for Kirby Hall’s lower and middle schools — kindergarten through eighth grade — is $14,995 for the 2019-2020 school year. A year of high school costs $17,875. …“I do not blame Alex one bit for attending a private school in 5th grade. Good for him,” said Reason Foundation director of school choice Corey DeAngelis, who first flagged Alexander’s private schooling Monday. “This is about Warren exercising school choice for her own kids while fighting hard to prevent other families from having that option.” …Warren’s crackdown on elite charter schools would leave elite private schools like Kirby Hall unscathed, while greatly eliminating charter schools as a parallel option for lower-income families.

It’s important to note that this is an issue where honest people on the left are on the right side.

…when it comes to education, Ms. Warren has a plan that seems aimed more at winning the support of the powerful teachers unions than in advancing policies that would help improve student learning. …Ms. Warren took a page from the union playbook in calling for a clampdown on public charter schools. In addition to banning for-profit charter schools (which make up about 15 percent of the sector), she would subject existing charters to more scrutiny and red tape and make it harder for new charters to open… Ms. Warren’s change of heart (which started in 2016, when she opposed a referendum that would have lifted caps on charter schools in Massachusetts), along with the silence of other Democrats who once championed charter schools (New Jersey Sen. Cory Booker and former vice president Joe Biden come to mind), is no mystery. The teachers unions wield outsize influence in the Democratic Party, and they revile the mostly non-unionized charter sector. …The losers in these political calculations are the children whom charters help. Charters at their best offer options to parents whose children would have been consigned to failing traditional schools. They spur reform in public school systems in such places as the District and Chicago. And high-quality charters lift the achievement of students of color, children from low-income families and English language learners. Research from Stanford University’s Center for Research on Education Outcomes found, for example, that African American students in charter schools gained an additional 59 days of learning in math and 44 days in reading per year compared with their traditional school counterparts. More than 3.2 million children already attend charter schools, and 5 million more would choose a charter school if one could open near them.

And Jonathan Chait of New York magazine is certainly not a conservative or libertarian, but he’s part of the honest left. As you might imagine, he’s also disappointed that Warren chose union bosses over poor children.

Warren has changed her views on education, which are now aligned with the interests of the tenured workforce, at the expense of educating low-income children  https://t.co/xfrkbJnZNa

To be fair, there are plenty of other folks on the left who have sold their souls to the National Education Association and American Federation of Teachers – including, most disappointingly, the NAACP.

P.S. Some Republicans are hypocrites on the issue as well.

P.P.S. Speaking of hypocrites, President Obama’s Secretary of Education sent his kids to private schools, yet he fought to deny that opportunity to poor families. The modern version of standing in the schoolhouse door.

P.P.P.S. If you want to learn more about school choice, I recommend this column and this video. 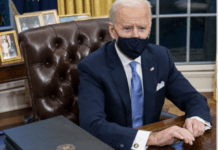