Twitter has gone out of its way to deny it censors speech for partisan political reasons.

However, numerous investigations have concluded that Twitter and other Silicon Valley bigwigs use something called “shadowbanning” to make sure opinions they don’t like reach a mainstream audience.

Last year, when I spoke to Twitter reps, they lied and gaslight us about their targeted manipulation of people’s tweets. Now it’s in their new TOS. https://t.co/dti7FSd1v6 nu, @RubinReport, we’re waiting for an alternative pic.twitter.com/W2LBYma3lU

If you want to know exactly how and what “shadowbanning” is, check out these clips from a Project Veritas undercover investigation.

Here is another way the fake news media is using to silence dissent. Just remember shadowbanning the next time you see a headline in the fake news about how ALL of Twitter is enraged at the latest Trump thing. It’s most likely an unrepresentative sample from only those whom Twitter allows to speak.

There’s a new robot in town. You’ll see it in the army soon!

Why barrels are so expensive (and beautiful!) 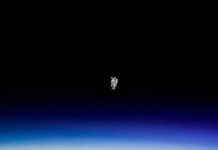 Space – Then and Now