My attorney @FoyeWalkerPA said it's okay to release the video, ?warning graphic ? keep in mind this is only the first 21 seconds of the video…please RT to have these two girls and 3 boys held accountable. pic.twitter.com/8oEz79K2xN

5 students in Florida were charged with misdemeanor battery after a shocking video went viral showing them pummeling a 14 year old boy for his previous wearing of a Trump 2020 hat.

To be clear, my son bought his #Trump2020 hat with his own money at the flea market a few weeks ago. He was proud to wear it. He wore it to School, but due to immediate bullying he put it away & didn't wear it to school again, sadly the damage was already done & was now a target.

The school system has said their investigation revealed “no evidence” that the student was wearing “a political hat showing support for President Trump” at “the time of the altercation or that his wearing of such apparel on a prior occasion motivated the incident.”

The boy’s attorney, Foye B. Walker, reposted the video on Twitter on Thursday, writing: “I represent this victim who was assaulted & injured because he exercised his right to #FreedomOfSpeech by wearing a #maga hat to school.  This assault occurred ON THE SCHOOL BUS In Hamilton County, FL!”

“It’s bullying as well as an attack on our rights of Free Speech provided by the First Amendment!” he added in a separate tweet.

This isn’t the first time the violent rhetoric spewed by the hard Left has resulted in violence against someone wearing a MAGA hat.

Despite a growing list of violence, no one is holding the Left accountable.

Left Calls for ‘army of citizen detectives’ to ‘monitor’ conservatives 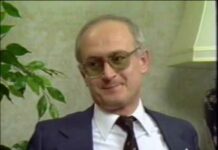 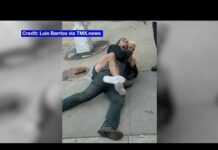