This Tweet appears to show a dismembered hand with a recognizable ring.

The ring seems to confirm that one of those killed was Qassim Soleimani, the leader of the Iranian Quds forces. It would not surprise me if the mullahs are grateful to have Soleimani out of the way. He built the box in which they are now stuck. Now, he is gone and they can deal. pic.twitter.com/GLvjeUivZe

As you know, President Donald J. Trump directed, and the Defense Department subsequently launched, an airstrike that killed Iranian Gen. Qassem Soleimani, the head of the Quds Force. Here’s a senior DOD official during a news teleconference.

“He was the commander directly responsible for organizing and directing multiple attacks against Americans in the region, including [Kataeb Hezbollah] attacks we’ve seen over the last several months,” the official said today.

Kataeb Hezbollah is a group with links to the Iranian Islamic Revolutionary Guard’s Quds Force.

Soleimani, was actively and consistently developing plans to attack American diplomats and service members in Iraq and throughout the region, the official added.

This U.S. attack was carried out in a manner that minimized collateral damage. It was designed to defend American lives and to prevent further bloodshed, the official noted.

On Dec. 27, U.S. forces in Iraq were attacked near Kirkuk by Kataeb Hezbollah the official continued. The attack — in which 31 rockets were fired — killed one American civilian contractor and injured four American service members, as well as two members of the Iraqi security forces.

As a result, the U.S. military responded and took defensive actions by striking Kataeb Hezbollah bases in western Iraq and western Syria, the official said.

Coffins of Gen.Soleimani and Abu Mahdi Muhandis in Baghdad.
Qassim Sulaymani's body will be taken to Najaf, Karbala and then Tehran. Imam Khamenei will address the funeral prayer.#PrideOfUmmah_Soleimani pic.twitter.com/PP0e19YWtX

“We have been very clear with Iran and our Iraqi partners that these increasing attacks need to stop and that we would hold Iran directly responsible for any harm to U.S. personnel,” the official concluded.

This is a video of an attack against the Kataib Hezbollah militia group.

The U.S. Defense Department released satellite video (below), Monday, December 30, of their air strikes in Iraq and Syria against the Kataib Hezbollah militia group, Sunday, killing at least 25 militia fighters.

An Iran-backed militia threatened revenge Monday in response to U.S. airstrikes against its positions in Iraq and Syria, which killed at least 25 people. The warning from Kataeb Hezbollah came as Iran’s foreign minister condemned the U.S. attacks as violating Iraqi sovereignty and amounting to an act of terrorism.

U.S. Defense Secretary Mark Esper confirmed the airstrikes in comments to reporters late Sunday. He said U.S. fighter jets hit three Kataeb Hezbollah targets in western Iraq and two others in eastern Syria. Esper identified the targets as weapons storage and command and control facilities. The airstrikes were carried out in response to a rocket attack Friday on an Iraqi military base in northern Iraq that killed a U.S. defense contractor.

The head of Kataeb Hzbollah Abu Mahdi Al-Muhandis was killed in the US attack described above.

Abu Mahdi al-Muhandis, a veteran Iraqi militant who was closely allied with Iran and rose to be a senior militia commander during the war against the Islamic State group, was killed overnight Friday in a U.S. strike that also killed Iran’s top general, Qassem Soleimani.

Al-Muhandis was the deputy commander of the Popular Mobilization Forces, an umbrella group of mostly Shiite paramilitaries. He was also the founder of the Kataeb Hezbollah, or Hezbollah Brigades. The U.S. blamed the group, which is separate from the Lebanese Hezbollah movement, for a rocket attack in northern Iraq last week that killed a U.S. contractor. (see video below) 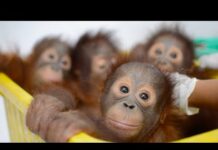 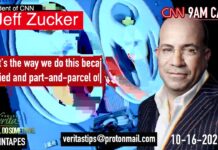