Both of those things were supposed to have been impossible, per President Trump’s critics on trade. Tariffs would cause a trade war, they said. Instead they helped bring about a fair and reciprocal trade agreement.

China was never supposed to negotiate under duress and would certainly never agree to a deal that left the tariffs in place.

Instead, even with the tariffs, China carried on the negotiation and ultimately followed through on phase one, even though the tariffs remained in place, proving the critics wrong.

China was feeling the pinch after all. With the tariffs at their currently modest levels, the U.S. trade in goods deficit with China fell 12.8 percent in the first nine months of 2019, or $38.5 billion, compared to 2018, according to the latest data from the U.S. Census Bureau.

The trade pressure by Trump, especially the tariffs but also threatened sanctions, his art of the deal to use his leverage, worked in ways nobody but Trump imagined was truly possible. Fortune favors the bold, and so does history.

This is a breakthrough that had eluded Trump’s predecessors, Clinton, Bush and Obama who ushered in and oversaw the globalization of the economy at the expense of American workers as labor participation plummeted among working age adults, only recovering beginning in 2016.

The reorientation of the global economy away from America positioned Trump to run on a stronger America first trade agenda, and helped him secure wins in the Rust Belt states of Ohio, Pennsylvania and Michigan in 2016.

Now, with a deal with China in hand, Trump can say he delivered on a deal without sacrificing his leverage.

China also agreed to more than $200 billion of purchases of U.S. manufacturing, financial services and agriculture, of which $50 billion will be agriculture, opening up China to U.S. exporters in a massive concession by Beijing.

In exchange, tariffs were slightly lowered from 10 percent to 7.5 percent on the remaining $300 billion of goods, with the promise they’ll come down even more if and when a phase two agreement can be hammered out by U.S. and Chinese negotiators.

Also, the U.S. Treasury dropped — for now and with the agreement in place — the designation of China as a currency manipulator.

Trump could have sat back and said let’s do tariffs but then left any negotiation by the wayside. Politically, that would have been a safe path that appealed to his base without taking any big risks. Here, Trump got commitments from Beijing, and he managed to keep the tariff pressure in place. This is a great credit to U.S. Trade Representative Robert Lighthizer.

By the way, this is what skunked the trade deal last May, where the U.S. was saying it would leave tariffs in place, and China reneged on the deal at the eleventh hour. At that point, Trump could have changed course and relented on the tariffs.

Instead, in the end, Trump kept his cool and it was Beijing who flinched. So far, so good.

Americans for Limited Government President Rick Manning was cautiously optimistic about the deal in a statement, saying, “The real test of this deal will be whether China changes its economic DNA to keep its word and respect intellectual property and ending competitive currency devaluations. With the increased oppression of the freedom lovers in Hong Kong, it is hard to put much credence in the Chinese signature on the documents. However, the fact they’ve signed them at all is directly attributable to President Trump’s imposition of tariffs which forced Beijing to make written accommodations to fundamental American economic concerns, and which will remain in place as an enforcement mechanism.”

And that is the real key. If China should break the deal, President Trump is saying the deal has “total and full enforceability, and you know what that means,” and so, the tariffs will go right back to where they were or higher. Beijing knows Trump means business. And now the American people who hired him for this reason in 2016 do, too.

Robert Romano is the Vice President of Public Policy at Americans for Limited Government. Reproduced with permission. Original can be found here. 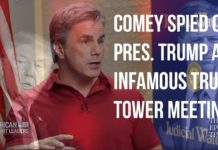 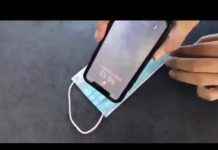