Because Congress overwhelmingly acted on a bipartisan basis to prevent federal overreach, the Department of Housing and Urban Development (HUD) in the Trump administration has removed requirements to make changes to local zoning according to income and racial guidelines in order to qualify for federally funded community development block grants.

The Department of Housing and Urban Development (HUD) under Secretary Ben Carson has completed its review of the 2015 Obama era Affirmatively Furthering Fair Housing (AFFH) regulation, and removed requirements for more than 1,200 cities and counties to make changes to local zoning in order to qualify for $3 billion of annual community development block grants.

Under the new rule, just finalized on Jan. 14, “Jurisdictions are free to choose to undertake changes to zoning or land-use policies as one method of complying with the AFFH obligation; however, no jurisdiction may have their certification questioned because they do not choose to undertake zoning changes.”

This could have gone much differently. Without Congress’ action in the months following the 2015 Obama regulation to defund federal intrusion into local zoning decisions, and then it being renewed repeatedly, sending a strong message to two administrations and asserting constitutional Article I powers of the purse, this rule may never have ever been reformed. This is now one of those rare case examples limited government advocates can point to a direct Congressional action that was instrumental in helping to overturn a bad regulation.

The power of the purse works to rein in government excesses, and we should let Congress know because they should use it more often. What do you think? 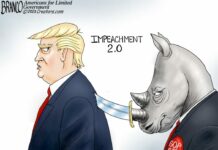 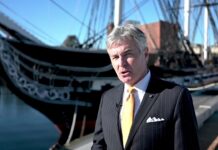