In a recent computer simulation of the spread of the coronavirus, 65 million died from the disease. In October of 2019, a group of 15 business people, government officials, and health experts gathered in New York to plan out the global response to a worldwide outbreak of a never-before-seen (and completely fictional) coronavirus.

This was meant to be a training exercise, however, it has proven to have disturbing similarities, in retrospect, to 2019-nCoV, the Chinese virus that has swiftly spread around the globe this month.  Reports continue to come in of this outbreak worsening, while some say the mainstream media and the establishment ruling classes are hiding the broad scope of the outbreak from the general public.

In fact, one nurse turned whistleblower in China says that there are actually 90,000 people sick in the area the outbreak began.  Not to mention health officials say the virus spreads before symptoms show.  “I’m here to tell the truth,” the anonymous nurse says in the video, which shows her wearing a full-head face mask. “At this moment, Hubei province, including the Wuhan area, even China, 90,000 people have been infected by a coronavirus.”  Based on these two pieces of information, if either is correct, the containment of this virus will be all but impossible.  If both are correct, we are in a much bigger predicament than being told.

In the simulation, it only took 3 1/2 for the people running it to realize containment attempts were futile, and 65 million people were dead from the pandemic.

The fictional coronavirus at the center of the Event 201 simulation — a collaboration between the Johns Hopkins Center for Health Security, the World Economic Forum, and the Bill and Melinda Gates Foundation — was called CAPS, and it started with pigs in Brazil before spreading to farmers, not unlike how 2019-nCoV reportedly began with animals before spreading to people.

In the simulation, CAPS infected people all across the globe within six months, and by the 18-month mark, it had killed 65 million people and triggered a global financial crisis. –Futurism

The simulation was apparently meant to be a “learning” experience for the ruling class. The troubling implication remains, though, that if 2019-nCoV reaches the pandemic level, it might already be too late to prevent the millions of deaths predicted by Event 201. 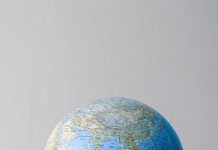 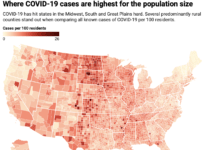 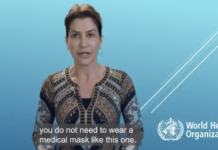