Yesterday at the Conservative Political Action Conference (watch live here CPAC) 2020 Mike Pence kicked off his 14th speech to this annual gathering of conservatives from across America and beyond with an update on the USA’s handling of the COVID-19 coronavirus outbreak. You can see what he said in the video above.

The Left, of course, has savaged the choice of Mike Pence as the man in charge. But the Administration’s record on containment has been impressive. Watch him as he describes our readiness. I was in the crowd and by fluke got moved right up close – this close!

I have just received another briefing from a great group of talented people on the virus that is going around to various parts of the world.  We have, through some very good early decisions — decisions that were actually ridiculed at the beginning — we closed up our borders to flights coming in from certain areas, areas that were hit by the coronavirus and hit pretty hard.  And we did it very early.  A lot of people thought we shouldn’t have done it that early, and we did, and it turned out to be a very good thing.

And the number one priority from our standpoint is the health and safety of the American people.  And that’s the way I viewed it when I made that decision.  Because of all we’ve done, the risk to the American people remains very low.  We have the greatest experts in the world — really, in the world, right here — people that are called upon by other countries when things like this happen.

We — we’re ready to adapt and we’re ready to do whatever we have to as the disease spreads, if it spreads.  As most of you know, the — the level that we’ve had in our country is very low, and those people are getting better, or we think that in almost all cases they’re better, or getting.  We have a total of 15.  We took in some from Japan — you heard about that — because they’re American citizens, and they’re in quarantine.  And they’re getting better too. 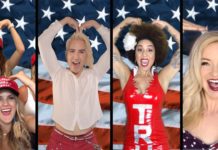 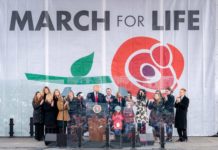 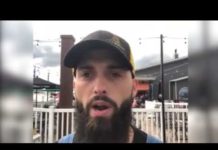