Four years ago, President Donald Trump shocked the world when he beat Hillary Clinton in the Rust Belt states of Michigan, Pennsylvania, Ohio and Wisconsin by uniting union households that had traditionally voted Democratic and conservatives on the strength of his America first message on trade and immigration. Trump’s appeal to working class voters — opposing the NAFTA, China WTO membership and permanent normalized trade relations with China, as well as combatting illegal immigration to protect American jobs — is what put him over the top.

Since 2016, the electoral map has not changed that much. Trump needs to once again carry these Rust Belt states to be reelected. That makes turning those states back blue the Democrats’ number one task in 2020. But to win back those traditional Democratic households in the Rust Belt who voted for Trump in 2016, is former Vice President Joe Biden — who voted for NAFTA and permanent normal trade with China and proposed the Trans-Pacific Partnership — really Democrats’ best choice? 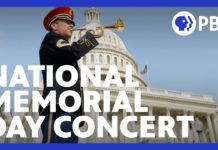