A new tradition (which I hope is very temporary) is sharing coronavirus humor every weekend, writes Dan Mitchell.

But not just random jokes about things like toilet paper hoarding. I’m only sharing humor that has some connection to politics or public policy.

We’ll start with Bernie Sanders, who says that the Venezuela-ish conditions in some grocery stores don’t qualify as “real socialism.”

Since I believe in targeting politicians from all parties, our next bit of satire involves Trump.

I’ve written in the past about the desirability of armed school teachers.

Well, that’s now what we have in this new era of home schooling.

I assume these next two quotes aren’t actually real, but the fact that they easily could be true is what makes this next item very amusing.

Let’s now look at an article from the Genesius Times.

A poll conducted by the Pew Pew Institute shows that a majority of Americans are unimpressed with their 30-day free trial of Communism. “It kinda sucks,” 19-year-old San Diegan Britta Fowler said of the trial. “I was expecting all this free stuff, which I guess we’re getting, but I also didn’t expect empty store shelves and house arrest for everyone. It’s really lame!” …“We thought we’d entice the people everywhere into Communist utopia with a trial run,” USBS Secretary John Lennon said. “We thought, hey, it works with Netflix, so it should work with Communism!” The federal government worked with the Chinese government and the Bill and Melinda Gates Foundation to launch the coronavirus for the free trial kick-off. “Everything went well but only a few Karens across the country are really enjoying it.” Lennon added. “They really revel in telling people to ‘stay the f**k home!’”

Misogynistic readers may not appreciate this next item.

I thought about saving the following item for my collection of libertarian-themed humor. But since it involves coronavirus, it’s appropriate for today.

I debated whether this item qualifies, but I’m sharing it since my friends on the left are so fixated on gun control.

Next, we have a cameo appearance by Bill Clinton.

Here’s a story from the Babylon Bee, America’s premier site for satire.

When Jeffrey Walton tested positive for COVID-19, he hoped for a speedy recovery. But since he has been treated with hydroxychloroquine, the experimental treatment President Donald Trump has been touting, he now hopes he dies quickly to help prove that Trump is an idiot. …Walton, a lifelong Democrat and progressive, had joined in calling Trump “irresponsible” and an “ignoramus” and now has an opportunity to prove it by simply dying. “It’s such an opportunity, I don’t want to pass it up,” Walton said. …Dr. Logan has been warning Walton that there is a chance he could fully recover. Walton is trying to prepare himself for this — a world where everything isn’t black and white and Trump can be right about some things — but he insists he’d much rather die.

Here’s a tweet that deserves a chuckle or two.

The same people who say Trump is “giving medical advice”………

– Pretended Al Gore was a credible scientist for climate change

Here’s an item that circulated on the email list of one of my softball teams.

One of my left-leaning teammates decided to edit the image and his version also is worth sharing.

This next bit of satire is actually rather depressing since it’s so accurate.

Since we’re getting plenty of reports that state and local governments are engaging in thuggish behavior to enforce stay-at-home orders (gee, what a surprise), this next bit of satire is very timely.

Our next item targets the Speaker of the House (though there is a potentially serious point to be made about the consequences of the statist policies she supports).

This crowd likes any excuse to buy votes with other people’s money.

P.S. Margaret Thatcher famously warned about what eventually happens with that approach. 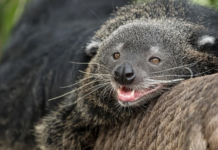 Meet the Binturong: The critter that smells of popcorn. 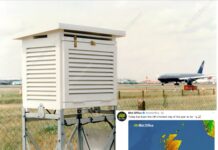 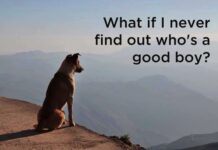