The Japanese use the duality of honne and tatemae when referring to a person’s true feelings (reality) versus his public statements (illusion).  It’s a very important aspect of Asian culture, and the Chinese use the terms inside face and outside face to mean pretty much the same thing.

Experience tells us that politicians and their media allies deal primarily in tatemae, or outside face.  Rather than speaking truth, they try to make true that which they believe their supporters want to hear.  They are all too aware that trafficking in lies is an incredibly powerful skill that can actually change people’s perceptions of reality.  In other words, one person’s tatemae becomes, by design, another person’s honne.

The politician who can convince his constituents that he can give them more of what they want has a good chance of enjoying a long-term, comfortable seat on the D.C. Gravy Train.  On the other hand, he knows that if he fails to deliver the goods, he may find himself on the outside looking in — and having to look for a real job.  Obviously, then, there’s a lot at stake for the master illusionist who is able to successfully apply his skillset in the nation’s capital.

Thanks to Donald Trump and a handful of constitutional House Republicans who have had the courage to unmask many high-level deep-state characters, millions of Americans are starting to wake up to the reality that there really is a shadow government working against the interests of the American people.

As far back as May 2017, former Democratic U.S. Representative Dennis Kucinich, of all people, said on Fox News, “The political process of the United States of America [is] under attack by intelligence agencies and individuals in those agencies. … You have politicization of agencies that is resulting in leaks from anonymous, unknown people, and the intention is to take down a president.”  Few people took him seriously at the time.

Now, fast forward to last week and Tucker Carlson, who, unlike most of his Fox News colleagues, is not afraid to rustle the feathers of deep-state untouchables in Washington.  Tucker specifically called out Republicans Mitch McConnell, Lindsey Graham, and Richard Burr as “total phonies.”

He also reminded his audience of a very important but rarely discussed fact, namely, that the vast majority of the Russia-collusion hoax occurred while Republicans controlled both chambers of Congress.  Which means they had the power to expose the outrageous Mueller witch hunt and shut it down once it was clear it was totally fabricated.

Instead, they chose to remain silent or, as in the case of RINO Richard Burr (who, along with repulsive Democrat Mark Warner, co-chaired a Senate Intelligence Committee witch hunt looking for Trump collusion with Russia), further investigate Trump.  After two years of intense scrutiny and millions of dollars wasted, Burr announced that his committee “[didn’t] have anything that would suggest there was collusion by the Trump campaign and Russia,” but was quick to add that he and his Dirty Dem pal Warner would continue to investigate the matter anyway!

And let us not forget that it was deep-stater Jeff Sessions who made the Russia-collusion hoax possible in the first place by being a good little Boy Scout and recusing himself from any connection to the matter, then sitting by and watching Rod Rosenstein not only appoint a special counsel who had a grudge against Donald Trump, but allowing dirty cop Robert Mueller to put together a team of hard-core Trump haters to conduct a phony investigation, even though there was never any evidence of a crime.

While we’re at it, let’s not give the deceased a free pass.  Vindictively, it was the loathsome John McCain who turned over a copy of the lie-filled Steele dossier to the FBI, proclaiming it was his “patriotic duty.”  McCain, of course, was one of the useful idiots who insisted it was unpatriotic to even suggest that the FBI should be investigated.

Finally, I would add one last name to this group of deplorable deep-staters — Trey Gowdy.  Recently, and increasingly, Gowdy has been expressing his anger over the facts that have been coming out about the Russia-collusion hoax.  Spare me, Trey.  For two years I felt as though I was the only person in America who heard Gowdy say, in reference to the FBI’s spying on President Trump, “I am even more convinced that the FBI did exactly what my fellow citizens would want them to do when they got the information they got, and that it has nothing to do with Donald Trump.”

In that same vein, kudos to Matt Gaetz for pointing out that Gowdy is on record, along with pathetic Paul Ryan, as not supporting an effort to subpoena the real criminals — the people who actually perpetrated the Russia-collusion hoax — while at the same time not opposing the Democrats’ issuing hundreds of subpoenas in their ill-fated efforts to find a Trump crime that didn’t exist.

If Trey Gowdy had an ounce of character, he would publicly apologize to President Trump and his millions of supporters — as well as all American taxpayers! — but there’s about as much chance of that happening as there is of John McCain’s feeling shame in Hell.

Which leads me back to a point I have been making for decades, namely, that deep-state Republicans are the Democrats’ most powerful weapon.  Without them, the Dirty Dems’ nefarious, anti-American schemes would never see the light of day.  So long as Republican deep-staters like Lindsey Graham, Mitch McConnell, and Trey Gowdy are able to fool fools into foolishly voting for them, Democrats never need worry about being held accountable.

That said, let’s hope that Mr. Barr and Mr. Durham surprise us by demonstrating that they are not members of the deep state.  They have the power to choose honne over tatemae and save America, at least for a while, or finish it off forever. 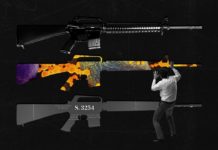