The national debt has skyrocketed a gargantuan $2.8 trillion since Jan. 2020 amid the U.S. response to the Chinese coronavirus-induced recession, rising to $25.9 trillion as of June 9, according to the U.S. Treasury.

That’s a 12.1 percent increase, and we’re not even halfway through the calendar year yet, and Congress is still contemplating phase four legislation to help the U.S. economy get back on its feet after being shuttered in March and April — and that will likely be trillions more.

Already, trillions of dollars have been poured into payroll protection for small, medium and large businesses, propping up state and local governments and supporting hospitals.

Additionally, off-budget, the Federal Reserve has been intervening with hundreds of billions of emergency lending and quantitative easing. Since January, the Fed has purchased more than $1.8 trillion of U.S. treasuries, bringing the total to $4.1 trillion, to help keep interest rates low, more than $400 billion of mortgage backed securities to a total of $1.8 trillion, plus $447 billion of central bank liquidity swaps with foreign governments, swelling its balance sheet from $4.1 trillion to $7.1 trillion in a matter of months.

That is close to $6 trillion in fiscal and monetary stimulus combined, an unprecedented response—and Congress and the central bank aren’t through yet.

Already, the Congressional Budget Office (CBO) is projecting a 39 percent annualized decrease in the Gross Domestic Product in the second quarter and an overall $3.7 trillion budget deficit for the fiscal year that began in October amid plummeting revenue as 25 million Americans were furloughed or unemployed during the pandemic response.

And the House proposed phase four bill would include another $3.5 trillion of spending for 2020 and 2021, including another $1.5 trillion in spending this year alone, according to CBO.

One key factor affecting what comes next could be the June jobs report. In May, the U.S. economy created over 3.8 million jobs in the Bureau of Labor Statistics’ household survey, and 2.5 million in its establishment survey.

That shows that about 10 percent or more of the 25 million jobs lost during the economic closures and lockdowns, have been regained. Still a ways to go.

But another month like that, with big jobs gains, might change plans for what goes into phase four, according to Kevin Hassett, senior adviser to President Donald Trump. Hassett told CNBC’s Squawk Box, “We had a really good month of jobs numbers, if we get another month like that in June, then I think it would absolutely affect the things that we pursue in July in the phase four deal.”

Which, is a good question. How effective has the $6 trillion of combined fiscal and monetary stimulus already been?

Still, Hassett added, “the odds of there being a phase four deal are really close to 100 percent.”

So, something’s coming no matter what. The questions are what it will include, and how big, after the economy was struck by the equivalent of an asteroid. Stay tuned.

Robert Romano is the Vice President of Public Policy at Americans for Limited Government.  Original here. Reproduced with kind permission. 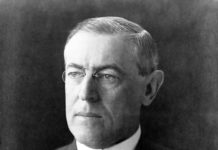