President Donald Trump has said he plans to vote absentee this year, although he decries the recent push for all-mail elections. The two methods aren’t interchangeable, but are both subsets of voting by mail.

On Monday, the president reiterated his opposition to mail-in voting, tweeting: “Because of MAIL-IN BALLOTS, 2020 will be the most RIGGED Election in our nation’s history.”

Because of MAIL-IN BALLOTS, 2020 will be the most RIGGED Election in our nations history – unless this stupidity is ended. We voted during World War One & World War Two with no problem, but now they are using Covid in order to cheat by using Mail-Ins!

Absentee voting is a longstanding institution in American elections, but liberals’ demand to expand nationally what currently is widespread in only five states would be a radical change.

Amid the COVID-19 pandemic, the all-mail voting policy advocated by Democrats in Congress has prompted concerns about the increased risk of election fraud.

“They take many, many ballots and they put them all together, and then they just dump them, and nobody has any idea whether they’re crooked or not,” Trump said last month at a Rose Garden event. “It’s another thing to do absentee voting, or if somebody has a medical condition where they go through a process and they get an absentee ballot—that’s OK. That’s different.”

Trump went on to say about the difference between absentee and mail-in ballots:

Absentee is OK. You’re sick. You’re away. As an example, I have to do an absentee [ballot] because I’m voting in Florida, and I happen to be president. I live in that very beautiful house over there that’s painted white. So that’s OK.  And it’s OK for people that are sick and they can’t get up.

Here are eight points in understanding the difference between absentee voting and expanded mail-in balloting, the advantages and disadvantages, and how states handle each.

Every state provides a means for voters to cast a ballot without physically showing up at the voting booth.

Absentee balloting traditionally has been a means to participate in an election for voters who are unable to physically go to the polls, whether because of mobility issues such as an illness, travel on Election Day, military service, or residence on a college campus.

The COVID-19 crisis prompted some liberal lawmakers to demand a universal mail-in system in which ballots would be mailed to all registered voters for them to make choices and return by mail.

Most localities that have all-mail voting also have some in-person voting mechanism in place, according to Ballotpedia.

Absentee voting is prone to fraud, election experts say, but has more safeguards than all-mail voting.

“The main difference is [in] voting by absentee ballot, a voter has to request a ballot in most cases and fill out a form and sign to authenticate the request,” Hans von Spakovsky, a former member of the Federal Election Commission who is a senior legal fellow at The Heritage Foundation, told The Daily Signal.

States vary in how election officials verify whether the person applying for an absentee ballot is really the registered voter he says he is.

For example, in 17 states, election officials compare an applicant’s information against the voter registration database, according to the National Conference of State Legislatures. In 19 states, officials verify the signature.

“With all-mail [voting], they just send out a ballot and without certainty it’s going to a live voter,” von Spakovsky said. “The problem with all-mail voting is that ballots are mailed to every registered voter. We know voter registration rolls are in bad shape all across the country, with multiple duplications and sending out ballots to people that don’t live there.”

A dozen states currently allow voters to request an absentee ballot online, which is not the same as voting online: Delaware, Florida, Idaho, Louisiana, Maine, Maryland, Minnesota, New Mexico, Oklahoma, Pennsylvania, Vermont, and Virginia, plus the District of Columbia.

2. Does This Increase the Chance of Fraud?

In 2005, the Commission on Federal Election Reform, co-chaired by former President Jimmy Carter, a Democrat, and former Secretary of State James Baker, a Republican, determined that absentee ballots were the biggest source of election fraud.

In 2008, the CalTech/MIT Voting Technology Project recommended: “First, restrict or abolish on-demand absentee voting in favor of in-person early voting. The convenience that on-demand absentees produces is bought at a significant cost to the real and perceived integrity of the voting process.”

In one practice, known as ballot harvesting, political operatives may collect absentee ballots from voters and even be present when a voter makes selections.

Regarding ballot harvesting, the Carter-Baker commission recommended in 2005 that states “prohibit a person from handling absentee ballots other than the voter, an acknowledged family member, the U.S. Postal Service or other legitimate shipper, or election officials.”

“If a voter is marking a ballot at home, and not in the presence of election officials, there may be more opportunity for coercion by family members or others,” according to the National Conference of State Legislatures in describing advantages and disadvantages of mail-in ballots.

Mail-in ballots, particularly those sent without a voter’s request, also could be prone to theft, von Spakovsky said.

“You have a very valuable commodity in an election—a ballot—floating around, and that can be picked up by ballot harvesters or others and mailed in,” von Spakovsky said.

“Anybody that walks in California is going to get a ballot,” Trump said Tuesday. “We’re not going to destroy this country by allowing things like that to happen. We’re not destroying our country. This has more to do with fairness and honesty and, really, our country itself.”

The move by the three states coincides with a new finding that 28.3 million mail-in ballots have gone missing, based on data from the federal Election Assistance Commission covering election years 2012 through 2018, Real Clear Politics reported this week. The EAC data was compiled by the Public Interest Legal Foundation, an election integrity group.

Since 2003, the results of at least 15 elections have been overturned as a result of voter fraud. The most recent and highest profile of these cases was when the North Carolina Board of Elections decertified the outcome of the 2018 race in the 9th Congressional District and ordered a new election after evidence of absentee ballot fraud emerged.

In the North Carolina race, about 61% of all mailed votes were cast for Republican candidate Mark Harris over Democrat Dan McCeady, although only 16% of those requesting a ballot were Republicans. In the new election, Republican Dan Bishop stepped in as the party nominee and won.

Although politicians cite the coronavirus as grounds for expanding voting by mail, 413,000 Wisconsin voters showed up to vote three weeks ago and the state saw no spike in COVID-19 cases.

Earlier this year in Oregon, which pioneered all-mail voting, numerous voters reportedly received the wrong ballot in the mail for the state’s primary election.

However, several anecdotal complaints to state and local election officials alleged that unaffiliated voters were mailed ballots to vote in the Democratic primary, which they weren’t eligible to do.

Meanwhile, some Republican voters received ballots listing them as unaffiliated, meaning they couldn’t vote in a primary for president, Congress, and the state Legislature, but could vote in nonpartisan local contests.

For the 2020 presidential election, the states of Colorado, Hawaii, Oregon, Utah, and Washington will send out ballots, with no application required. In these states, a voter may physically return a ballot to an election official if he or she chooses, and a limited number of polling places generally are open on Election Day.

Another three states—California, Nebraska, and North Dakota—allow local jurisdictions to determine whether elections will be only by mail. In California, the largest state in the nation, about 50% of the voting population lives in counties that automatically send out ballots.

In 1998, Oregon became the first state to adopt voting only by mail. The neighboring state of Washington enacted such a law in 2011, Colorado in 2013. In Hawaii, mail-only voting has been on the books since last year.

Utah allowed local jurisdictions to do all-mail voting in 2012, then expanded to statewide last year.

5. How Does Absentee Voting Differ by State?

Some states have a “no excuse” voting system, so that any voter for any reason may mail in an absentee ballot. Even so, a voter must first submit an absentee voter application.

In “excuse required” systems, a voter must meet certain criteria, which varies from state to state but generally provide that a voter must give a reason for being unable to show up at the polls Election Day. Here also, an absentee application is required.

In two-thirds of the states, an excuse is not required to vote absentee, according to the National Conference of State Legislatures.

6. Does Voting by Mail Increase Participation?

Voter participation increases at least in some cases, research shows, but not in a big way.

Washington state’s all-mail system saw an increase in voter participation by 2 to 4 percentage points, according to a 2013 study.

A 2018 study in Utah found voter participation was up by 5 to 7 percentage points under the mail-in system compared to the previous system.

A study by Pew Charitable Trusts from 2016 found that election costs went down by an average of 40% across 46 sampled counties in Colorado.

However, the National Conference of State Legislatures notes that sending ballots by mail increases printing costs for elections.

“There may be up-front costs of changing to different vote-counting equipment, although overall fewer voting machines are required in jurisdictions that have more absentee/mailed ballot voting and count ballots at a centralized location,” the state legislative group says on its website, citing advantages and disadvantages. “If a state chooses to pay for return postage for these ballots that could also increase costs.”

8. What Are Downsides Besides Fraud?

Voting by mail also could lead to more voter errors or “residual votes.” If someone is unsure about a vote at a polling place, he or she is able to seek assistance from an election worker.

But when marking a ballot outside a polling place, a voter could check more options than allowed, also called an “overvote,” or fail to make their choice clear, called an “undervote.”

According to the National Conference of State Legislatures:

Voting equipment at in-person voting locations will notify voters if this happens and allow the voter the opportunity to correct it. When returning an absentee/mailed ballot there is not a similar mechanism to inform voters of errors, so there tend to be more overvotes and undervotes. Damaged absentee/mailed ballots may be harder to correct as well.

Postal service also isn’t the same in all neighborhoods, the group says:

Mail delivery is not uniform across the nation. Native Americans on reservations in particular may have difficulty with all-mail elections. Many do not have street addresses, and their P.O. boxes may be shared.

Low-income citizens move more frequently and keeping addresses current can pose problems. Literacy can be an issue for some voters, as well, since election materials are often written at a college level. 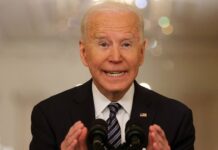 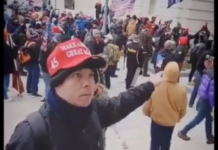