Some people say that California is the worst-governed state (I would probably choose Illinois or New Jersey, but it’s a close race).

And if you wanted to pick the worst-governed place in California, San Francisco might be at the top of the list.

The city manages to combine horrible zoning laws with insufferable red tape (there have been efforts to ban everything from Happy Meals to…umm…foreskins).

Most disturbing of all, San Francisco now has a major problem with public defecation (not that the sewer system is anything to brag about).

In an article for City Journal, Erica Sandberg explores the latest bit of upside-down governance from The City by the Bay.

San Francisco is surreptitiously placing homeless people in luxury hotels by designating them as emergency front-line workers, a term that the broader community understands to mean doctors, nurses, and similar professionals. …the city has evoked emergency-disaster law to keep the information private. Officials refuse to notify the public about what is happening in their community and are blocking the press by withholding the list of hotels and preventing reporters from entering the properties. …obfuscation is ultimately futile. Security guards standing outside hotel entrances, where they had never been before, are clear indicators that something is amiss. An uptick in crime, drug activity, and vagrancy around the hotels is another clue.

This sounds crazy, but it gets even worse.

The Department of Public Health manages the controversial free alcohol, cigarette, and cannabis program for homeless people placed in the hotels. …A public-records investigation into the matter has revealed that, as of June 16, DPH approved $3,795.98 to buy the homeless guests vodka and beer (cigarettes have been scrapped). …concerned inside sources report destroyed rooms and rampant illegal drug use. In one hotel, guests are given needle kits and are advised to call the front desk before shooting up. …The hotels were pressured into accepting the homeless guests, though they were also eager for the chance to recoup some revenue lost to the Covid-19 lockdowns. …The city-sponsored guests also receive personal grooming, sanitary, and cleaning supplies, three delivered meals, and laundry service for clothes and linens.

Free hotel room, along with free food and laundry service? And booze and pot?

Who knew being homeless was such a good racket!

Since I’m a fiscal wonk, this is the part that captured my attention.

Rooms are rented at close to $200 per night, totaling $6,000 a month—nearly double the cost of a private one-bedroom apartment in San Francisco.

Though I shouldn’t be surprised by such profligacy. The state government’s “success story” was spending “billions of dollars” to cause homelessness to “dip by 1 percent.”

And San Francisco’s government had a different program for the homeless that cost about $700 per night. So maybe the new approach described in above article is a fiscal bargain.

By the way, it appears that taxpayers across the country are contributing to this insane policy.

Hotel owners consented to the arrangements fully aware of the potential pitfalls, having been assured that FEMA dollars would cover at least some of the damages incurred.

P.S. While San Francisco is a bit of a mess, folks in other cities (such as Seattle, Chicago, New York City, Detroit, etc) can make a legitimate claim that they have the nation’s worst local government.

P.P.S. When he crunched all the numbers, Dean Stansel of Southern Methodist University found that the Riverside-San Bernardino-Ontario metropolitan statistical area in California had the worst policy in the country (San Francisco was #38 out of the 55 MSAs with at least 1 million residents). 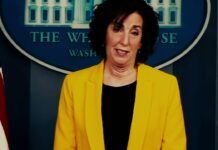