The NBA is considering allowing players to use personalized statements on jerseys to promote social justice causes. The season, which has been halted due to the coronavirus, is expected to restart July 30 in Orlando, Florida.

Jerseys are expected to carry statements such as “Black Lives Matter,” “I Can’t Breathe,” and “Hands Up, Don’t Shoot” which have become popular at protests and political rallies in recent years following the high-profile deaths of young black men such as Trayvon Martin, Eric Garner, Michael Brown, and most recently George Floyd.

Spencer Dinwiddie of the Brooklyn Nets already has a message in mind, though it’s a different kind of social statement.

“If you’re wondering what I’m gonna put on the back of my jersey it’ll be ‘Trillion,” Dinwiddie tweeted. “A lot of issues at the moment. I think the fact that the country is 26 (ironically) Trillion dollars in debt is high on the list.” (Dinwiddie sports #26 on his jersey.)

If you’re wondering what I’m gonna put on the back of my jersey it’ll be “Trillion”.

Dinwiddie’s comments were correct—the national debt is $26.3 trillion—but also remarkable. The NBA point guard is only 27, after all. Only “boomers” are supposed to worry about things like the national debt, especially in light of recent police injustices, such as the death of George Floyd.

Dinwiddie’s tweet caused a big enough stir—some were unhappy he was not choosing a statement that acknowledged racial injustice— that he felt compelled to elaborate on his cause.

Woke up at 4am to see that I’m getting lit up in the comments for talking about the Global Debt. Comments ranging from massive amounts of debt are good (which I disagree with), to its not personal debt (obviously), to its a waste of a platform, amongst others …

To those I question, what is the purpose of putting a social issue on the back of the jersey? To inspire change right? Considering that nobody opts out of the complete global financial system and the USA weaponized the dollar that means you need leverage within the system.

In my opinion like it or not, change for us comes down to Group economics. Rethinking how we approach finances. Acquiring hard assets. Recycling dollars etc. Til then the slow burn of marches/protests will produce progress but will still yield similar results…

People are free to criticize. But Dinwiddie, a bitcoin investor, is correct that the national debt is a serious social cause—especially for the young—and one that receives precious little attention.

It’s true that social justice is all the rage on campuses around America. It’s also true that you won’t find many students carrying signs emblazoned with “$26 Trillion and Counting!” or “End the Fed!” at political protests.

The National Debt Is a Young Person’s Problem

One reason for this is that many people don’t really understand what the federal debt is. In short, the national debt reflects how much money the government has borrowed and still owes, like the outstanding balance on a credit card statement. In modern times, the national debt is always growing, because the US government keeps borrowing more than it pays back. It has to do that, because it keeps spending more than it collects in taxes. It’s like the old guy at the bar who runs a tab because every night he buys $200 in drinks but only pays $180, $150, or $190.

But it’s wrong to think of the national debt as an “old people” concern. The truth is, it’s young people who should be especially concerned about the surging federal debt, not the old man at the tavern running up the bill.

Baby boomers and Gen Xers have much less to worry about when it comes to surging debts that will require massive interest payments—$1 trillion annually by 2029, if not sooner—in the coming decades. Most of them also already have lots of job experience and decades of work in the bank. Many have accumulated assets and retirement savings.

The economic futures of young people, however, depend on a vibrant economy that offers similar opportunities—jobs, entrepreneurship, and the chance to get ahead. Unfortunately, that’s going to be much more difficult with a $26 trillion national debt that is rapidly growing.

The old man at the bar doesn’t have much to worry about, of course. The bartender is still pouring him drinks since he’s worked out a deal that the old man’s kids and grandkids will be responsible for payment.

This is a sweet deal for the old man with his nose in a Manhattan each night, but it’s not such a good deal for his children and grandchildren. Let’s be clear: There’s nothing compassionate about saddling future generations with debts they cannot repay.

If we keep piling up debt at the current rate, the economic future of young Americans will be an extremely rough one. Today’s generations are literally benefiting at the expense of younger generations. That’s not me saying this, by the way. That comes right from the Congressional Budget Office (CBO).

Unfortunately, right now little is being done to protect younger and future generations.

The US national debt just reached 120.5 percent of the nation’s total economic output, breaking a 1946 record for its highest debt level ever. That ratio was set after completion of the largest war in human history.

In contrast, most federal spending today is simply transfer payments, which basically involves the government taking cash from one individual or group and sending it to another. A good example is the recent CARES Act, which dropped helicopter money on individual Americans and businesses, including a lot of big, well-connected corporations.

For the old man in the tavern, this spending has little consequence. For his children and grandchildren, it’s another story.

Hats off to Dinwiddie

Dinwiddie is doing Americans, particularly young Americans and the unborn, a service by giving this big problem some much needed attention.

As economist Antony Davies and political scientist James Harrigan recently pointed out, the debt numbers today are so astronomical that “almost no one but mathematicians really appreciates them.” Consider this: if the federal government started paying the debt down at a rate of $1,000 per second, it would take eight centuries to pay off.

Dinwiddie should be praised for raising a social concern different from his fellow players. There is no shortage of social causes in need of public attention, after all.

Instead, Twitter users reminiscent of the Borg in Star Trek—a youngish (1,000 years or so) group of cybernetic aliens connected in a hive consciousness called “the Collective” that assimilates other beings and cultures—criticize Dinwiddie for stepping out of line.

The pressure to conform has always been powerful, but we’d do well to remember that human progress is achieved when people show the courage to step outside the collective.

The national debt is not an insurmountable problem, history shows. But it’s one unlikely to be solved unless young people recognize it’s a pernicious problem that affects them the most.

A good place to begin is to recognize Dinwiddie’s courage, individuality, and economic acumen instead of forcing him to assimilate to the collective.

Jon Miltimore is the Managing Editor of FEE.org. His writing/reporting has been the subject of articles in TIME magazine, The Wall Street Journal, CNN, Forbes, Fox News, and the Star Tribune. 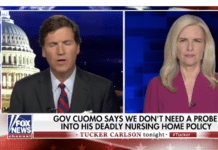